Last night, Sydney based wine importer The Wog With The Grog (headed up by Robert Dessanti) hosted a fantastic, successful fundraising dinner, with guest of honour Nonna Paola front and centre, and with money raised going to Alzheimer's Australia VIC, Nonna Paola's charity of choice. Held at Veneto Club, at Bulleen, it was a night of fun and serious stuff, too.

Greg and Josie's Juice have kept in constant touch with Josie's Juice since he burst onto the internet in January this year, and we've met up each time he and Nonna P have come to town. Robert was introduced to Nonna earlier this year too, and a few months ago she famously coined the term in one of her viral videos, "The Wog With The Frog." As is Nonna P's trademark, even her unintentional slip ups are hilarious. See that viral video below.

There are so, SO many photos and fun stories to post from the wonderful night, but (at time of first posting this) we were heading out to the second Nonna Paola event. Here is a selection of the best.

Italio-Australian actor and super-pro (and very funny) James Liotta emceed (follow him here), and new-on-the-scene, very funny duo Sooshi Mango took some fun clips which really made the night a fun one (follow them here), and silent auctions happened, all in front of a very funny, generous, loud and giving crowd of Melbourne-ites who had one thing in common: they love Nonna Paola. And many in the room had their own stories and experiences with dementia. Some of them shared their stories and it was so, so moving to be around, and see in real life how the disease affects us, and whole families.

A huge, HUGE thank you to our sponsors:


Here is how the night kicked off, with the Sooshi Mango guys: 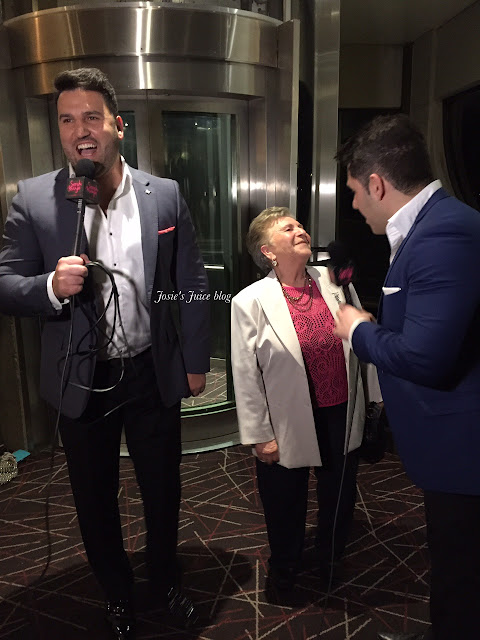 The super cool camera guy (Sooshi guys, tell me what his name is!) 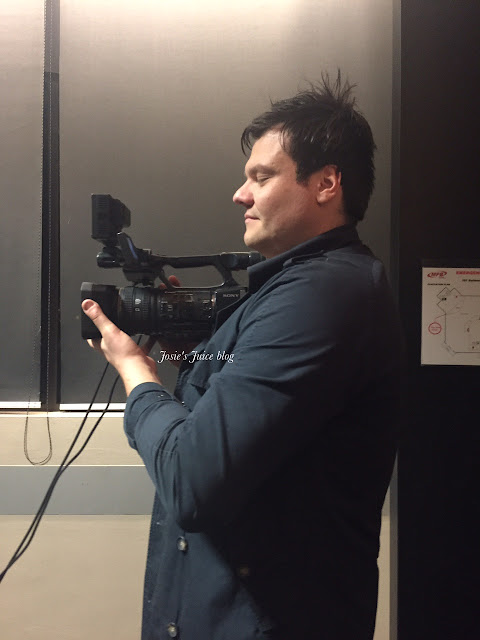 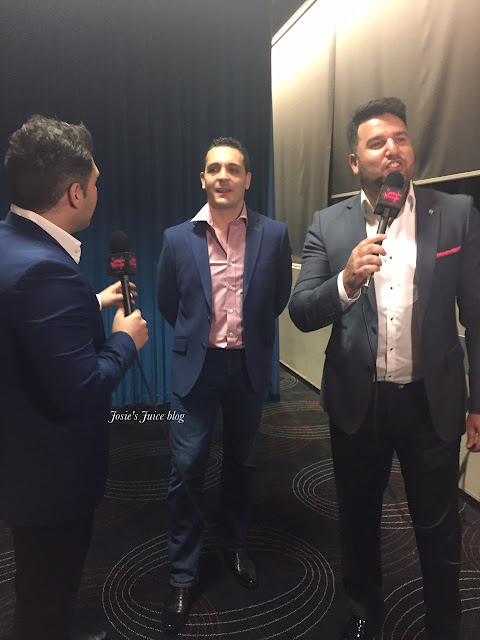 And then, Nonna P is action:

#NonnaPaola in her element! Not hard at all, of course! #Greg @thewogwiththegrog @alzheimersaustraliavic #jamesliotta
A video posted by Josie Gagliano (@josiegags) on Jul 24, 2015 at 3:48am PDT

#NonnaPaola talks her red carpet experiences
A video posted by Josie Gagliano (@josiegags) on Jul 24, 2015 at 3:50am PDT 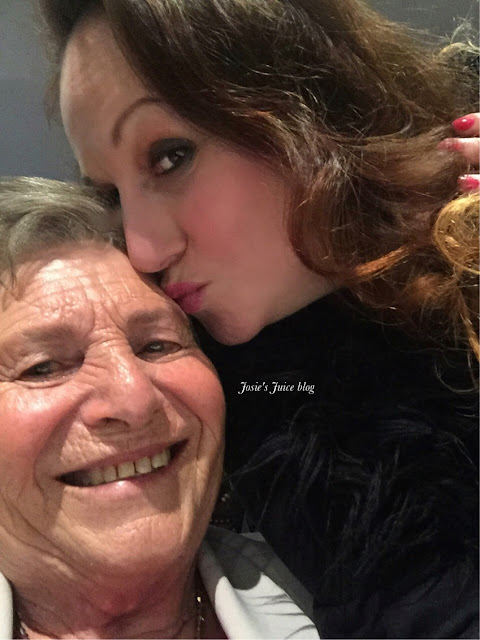 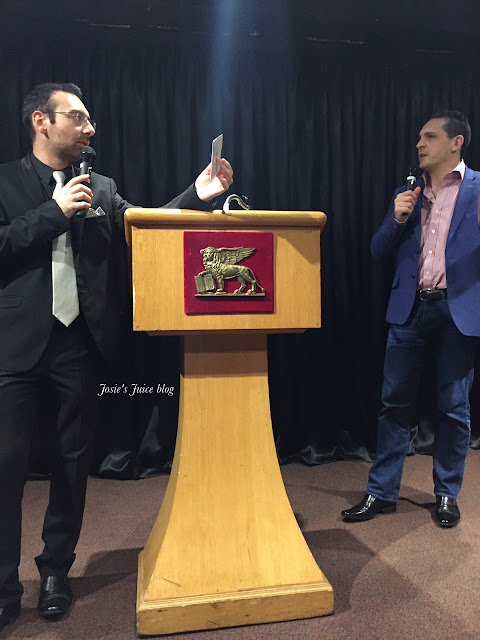 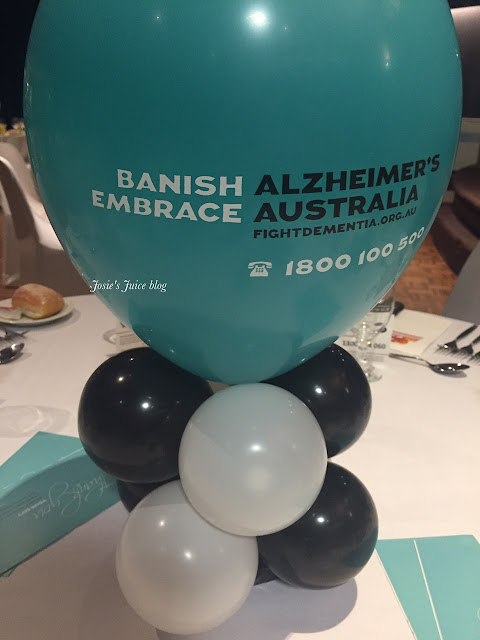 We did it all for Alzheimer's Australia VIC 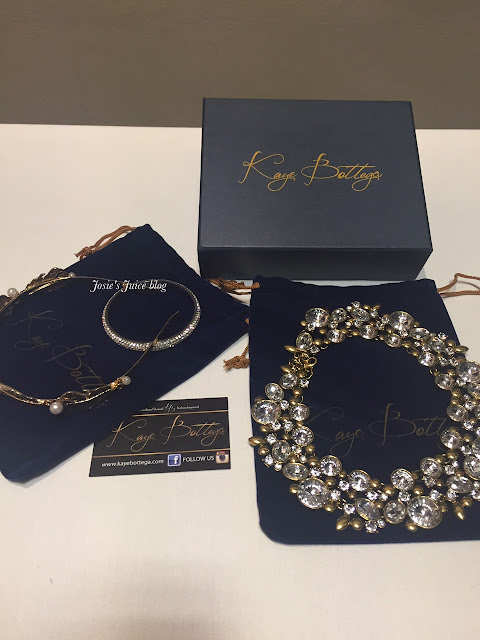 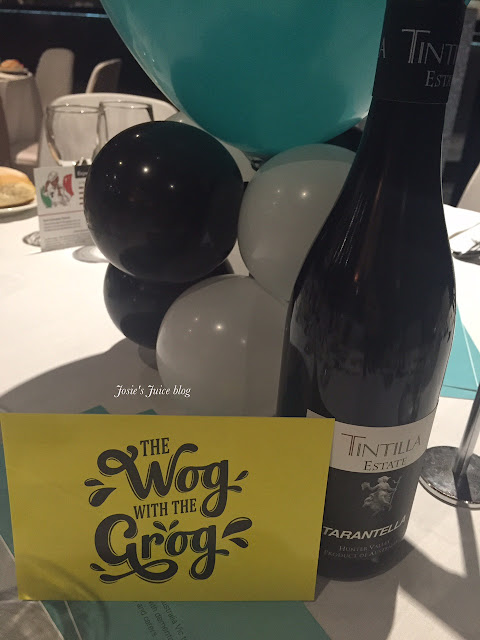 Ah, the boys. So much fun was had. 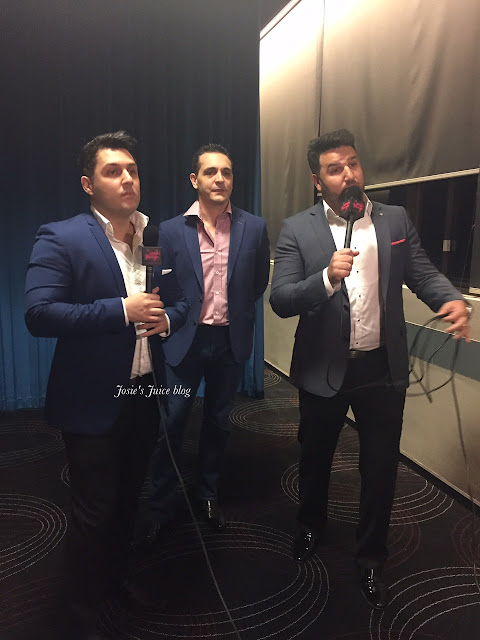 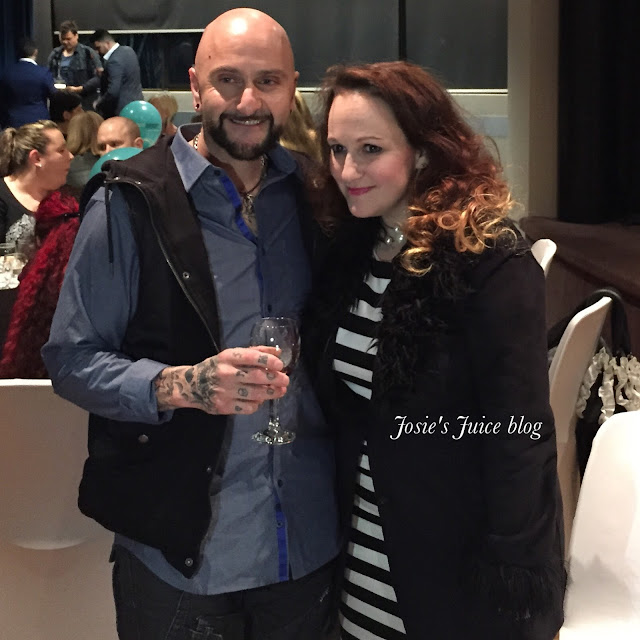 Greg and Josie, so much planning, so much fun.

And some lovely guests: 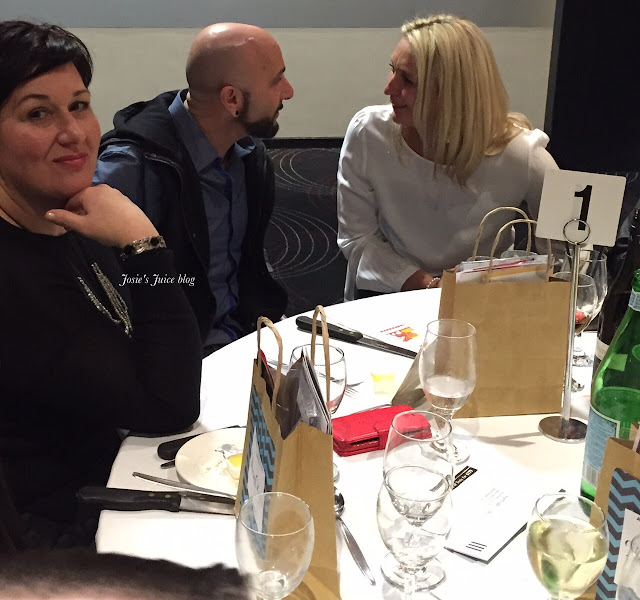 Nonna Paola - an absolute natural on the microphone. Some of the chats were about her real life experiences with dementia, losing her beloved best friend of over 45 years to the disease, and still volunteering at nursing homes after a whopping 17 years (hence the serious faces in some of these shots): 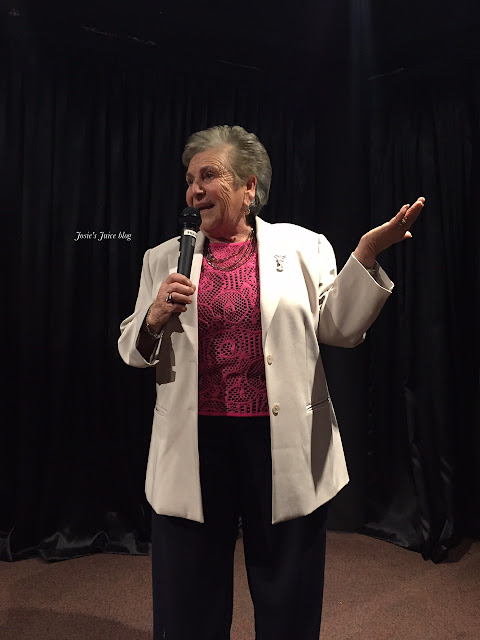 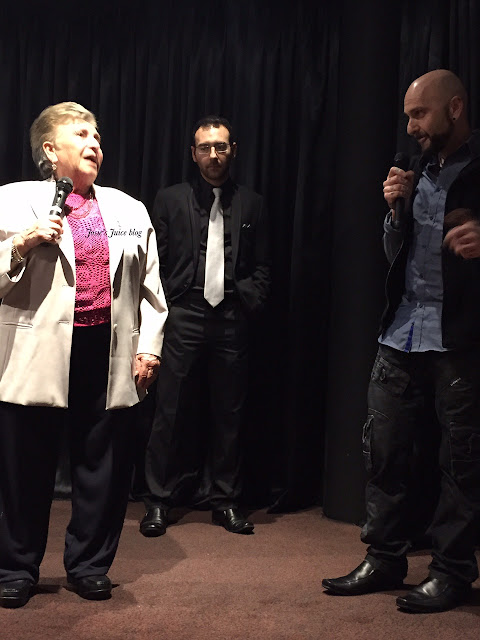 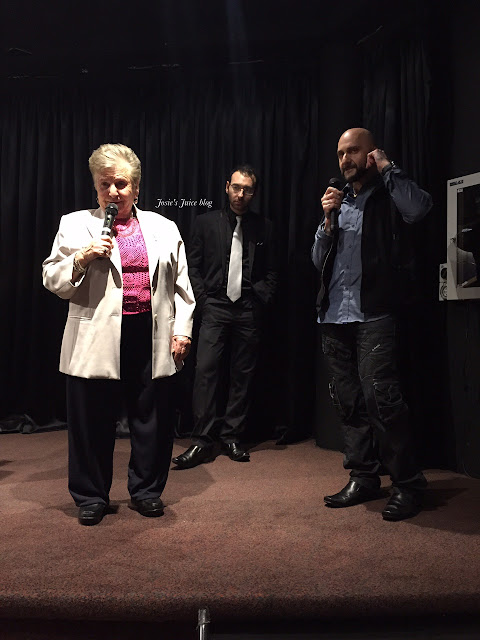 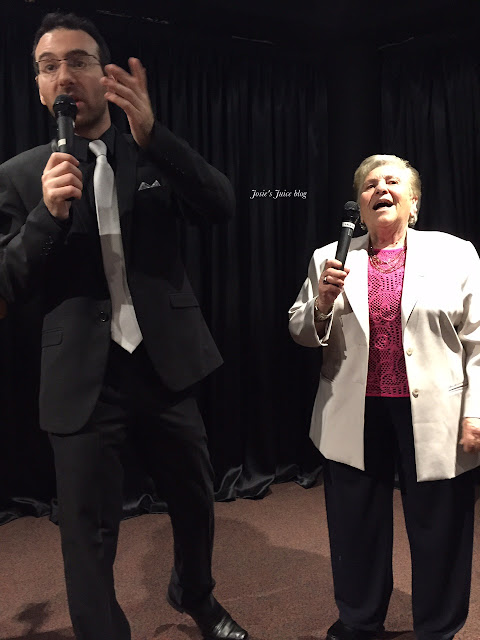 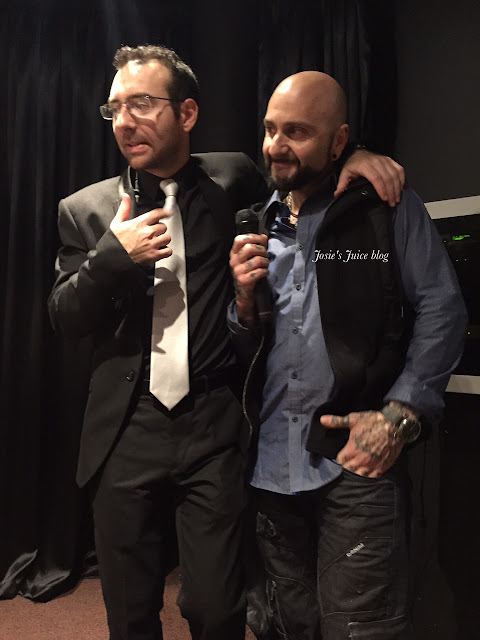 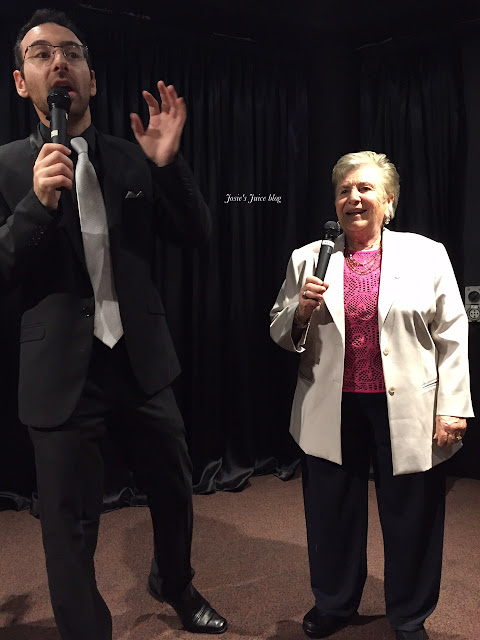 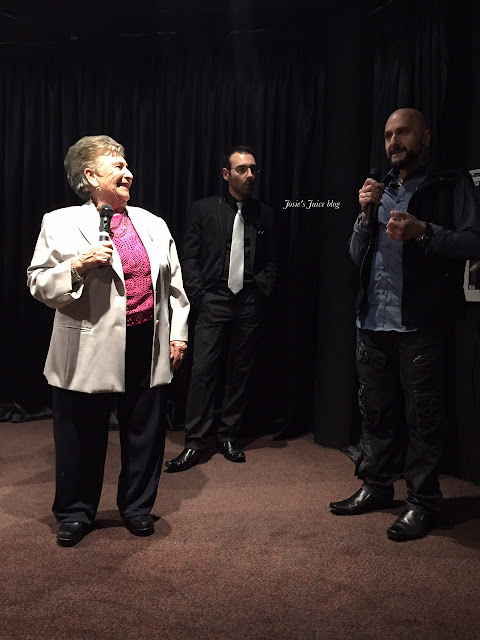 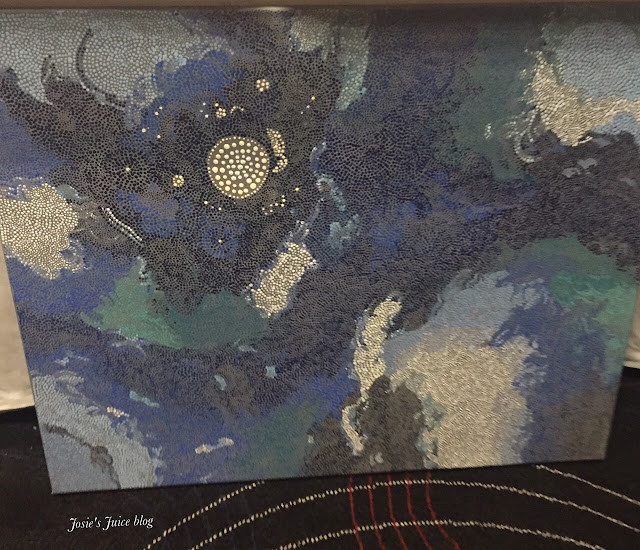 The stunning, personalised artwork made by Monique from Unforgotten Aboriginal Arts, which Mon created by asking what Nonna Paola's fave colours are (blues!) and naming it the 'Nonna Paola'. She then signed the back to authenticate it, and had Nonna Paola sign it also, a first for the artist! Such gorgeous artwork, created just for the event, as the cause means so much to Monique. 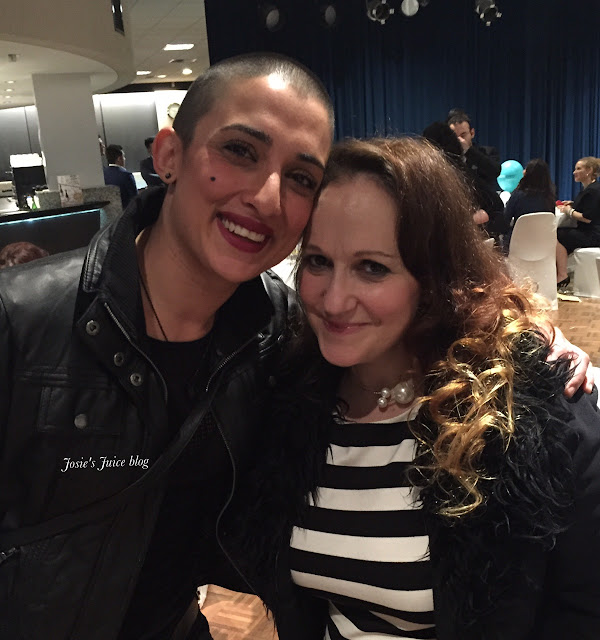 Tas, a guest on the night, who was the coolest chick around. 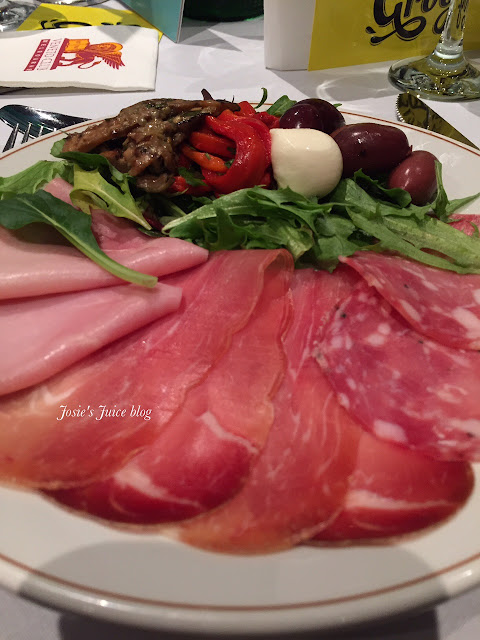 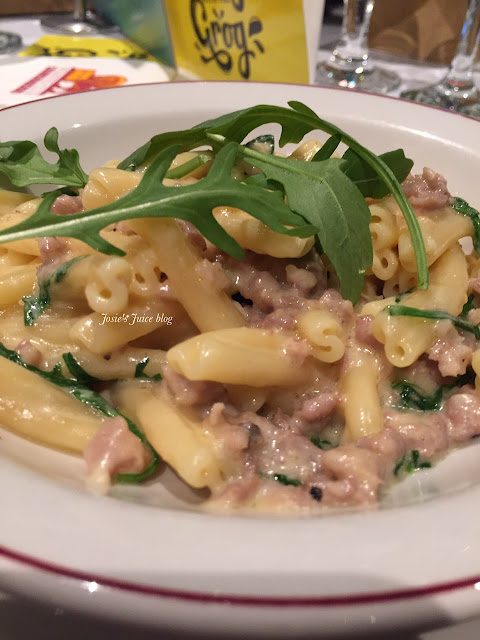 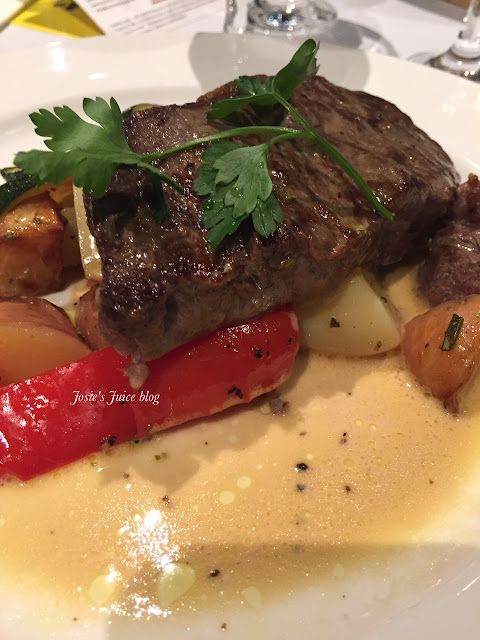 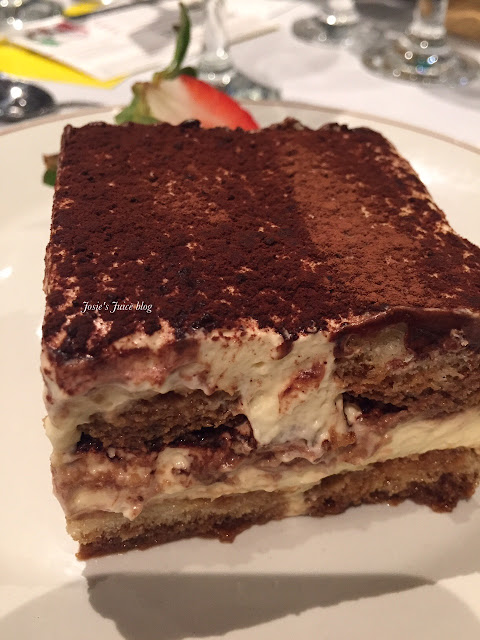 One of the beautiful guests was happy to show Josie's Juice her tattoo, in memory of her beloved husband Remo. She even showed Nonna P! 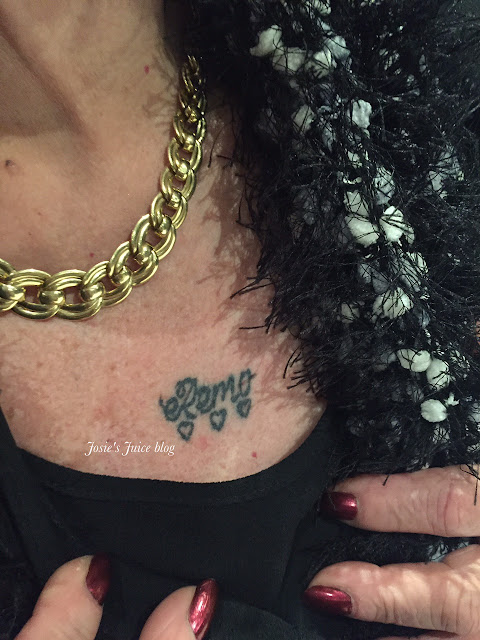 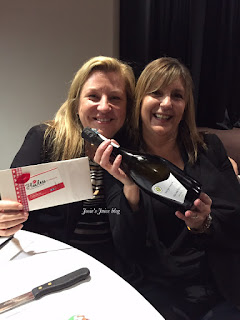 Who do you think they were 'papping'? Nonna P, of course! Such genuine love for her: 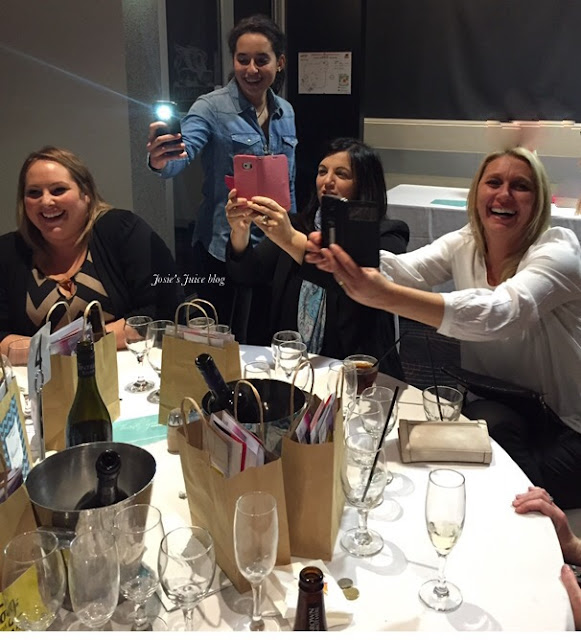 The love between Greg and son Mitchell is lovely to see: 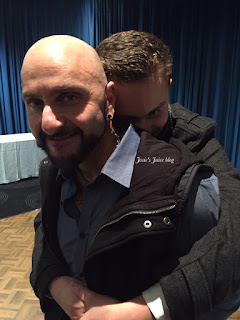 NO TATTOO! One of our guests, Tas, showed Nonna Paola her tattoo. Her face says it all... 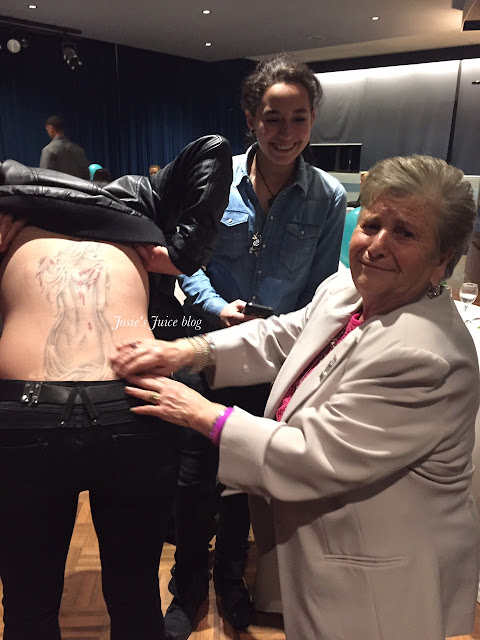 And, you can still donate direct to the cause. Go right here.

The very funny 'The Wog With The Frog' viral video:


Stay tuned for a new post, on night two of the Nonna Paola fundraising dinners for Alzheimer's Australia, also hosted by The Wog With The Grog.