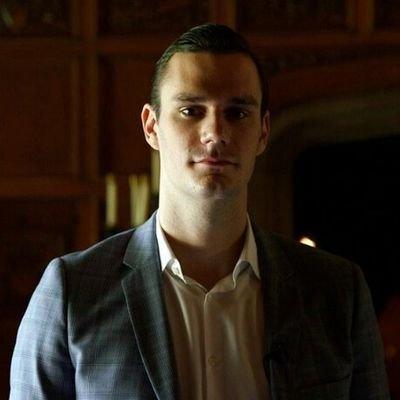 After her claims in her new tell-all book 'Down the Rabbit Hole: Curious Adventures and Cautionary Tales of a Former Playboy Bunny', Cooper took to Twitter to go hard on her.
"How does a person who is famous for being a gold digger paint themselves as a victim of a relationship they aggressively sought out for?" Cooper tweeted on Tuesday.

How does a person who is famous for being a gold digger paint themselves as a victim of a relationship they aggressively sought out for?
— Cooper Hefner (@cooperhefner) June 23, 2015

Kendra Wilkinson, Holly's 'Girls Next Door' (which screened here as 'Girls Of The Playboy Mansion' co-star also has some choice words to say about Holly, and says Holly's claims are inspired by "revenge."
"Holly, you can tell, had this ulterior motive every minute being at the Mansion, and that motive was - it was clear as day - she wanted Hef's kids, she wanted a piece of Playboy and she wanted to marry Hef for, obviously, his will," Kendra, 30, told 'People'. "We aren't sisters, we never were. We just dated the same guy at the same damn time."
For her part, Holly told ET, explaining her motives for the tell-all:
"It wasn't about having an ax to grind or wanting to get a reaction from him [Hefner], or, you know, inviting him back into my life in any way," Holly said. "I don't really care about his response. I wanted to share my story to inspire other women who might be in a bad relationship to get out, or not be branded by bad decisions they've made, and take charge of their lives and move on. ... I'm definitely not rewriting history. I'm finally telling the truth of my experience. For so many years I tried so hard to be a good girlfriend, and I cared about him and always had his back."
Hugh however tells ET that Holly has "decided to rewrite history in an attempt to stay in the spotlight."

For more on Holly's decision to stay in the Mansion for as long as she did, and if she would answer his phone call if he called, watch this:

Email ThisBlogThis!Share to TwitterShare to FacebookShare to Pinterest
Labels: Controversy, Everyone is talking about, Insight, Playboy, This Just In