Can you believe it has been twenty years - yes, TWO decades - since Christine Anu released her album 'Stylin' Up', and the hugely infectious single 'Stylin' Up'. Yes.

Here is the backstory, in Christine's own words (I love that in this clip she's referred to by producer Steve Balbi as "Australia's Aretha Franklin"):


Here is the original 'Party' song (which you may think was called 'Stylin' Up'… so did I):


And here is possibly one of the most emotional songs about Australia ever written, and sung so beautifully by Christine, 'My Island Home'. I think it's kind of an unofficial Australian national anthem:


Here Christine explains what the 20 years that have passed mean to her. I love this, such a humble and wildly talented artist. And I love how Joe Hildebrand describes her:


I had the pleasure of interviewing Christine in 2003 when she released an album, and it was such a privilege. She had her then baby daughter Zipporah in tow, and she was an absolute cutie.

Christine Anu is an iconic Australian entertainer with a career spanning two decades. 2015 celebrates the 20th Anniversary of her debut album Stylin’ Up which catapulted her career with huge hits singles ‘Party’ and ‘Island Home’. This live re-record, aptly titled ReStylin’ Up 20 Years shows Christine’s versatility and maturity in reworking these pop anthems into a sensational jazz and soul collection.

And here are more Anu gems from her 1995 album:

Here is the new album cover: 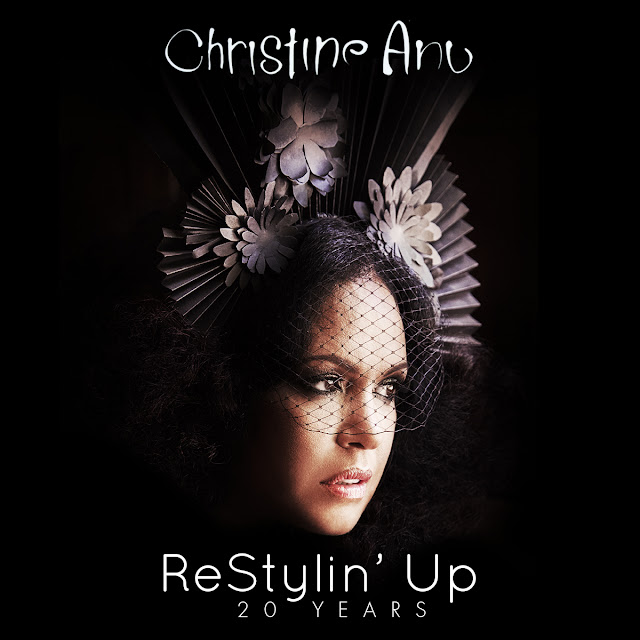 A stunning photo of Christine Anu just because:

Email ThisBlogThis!Share to TwitterShare to FacebookShare to Pinterest
Labels: Australiana, Everyone is talking about, Inspiration, Music, This Just In, Women