Jack Evans and George Harris were the first same sex couple to get married in Dallas County, Texas! 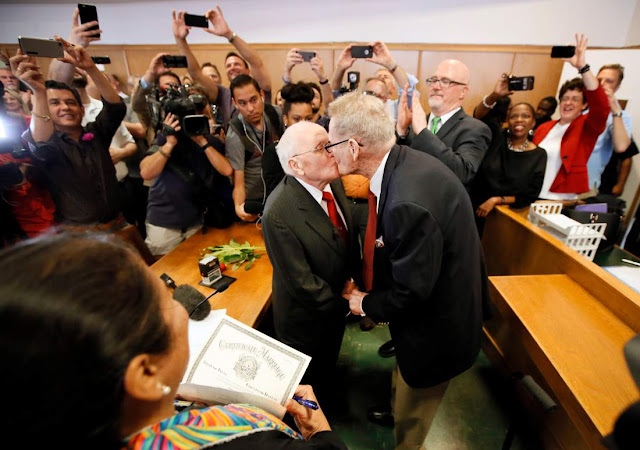 The men have been together for 54 years, and were the first same sex couple to get married today in Dallas County.

Their wedding came just hours after the Supreme Court’s historic decision enabling gay couples to marry in ALL 50 states.

Evans told 'People' of his wedding day: “You would have been blown away by the crowd there, there must have been 450 people there, people waiting to get married, reporters. It was amazing. Just amazing.”

What a beautiful story.
Posted by Josie at 14:12

Email ThisBlogThis!Share to TwitterShare to FacebookShare to Pinterest
Labels: Americana, Everyone is talking about, Gay Matters, This Just In