There is a groundswell of comments building up on social media right now.

Writer Clementine Ford has posted this photo with this caption.

At time of posting this blog, these were the stats, below.


I too have shared on Josie's Juice, and received some comments (see below), and am now sharing here so more people can comment and view and share. Also - the comments I have cut and posted from the Facebook post are incredibly vocal, and some are incredibly confronting… so many people are missing the point.

Here is what Clementine posted: 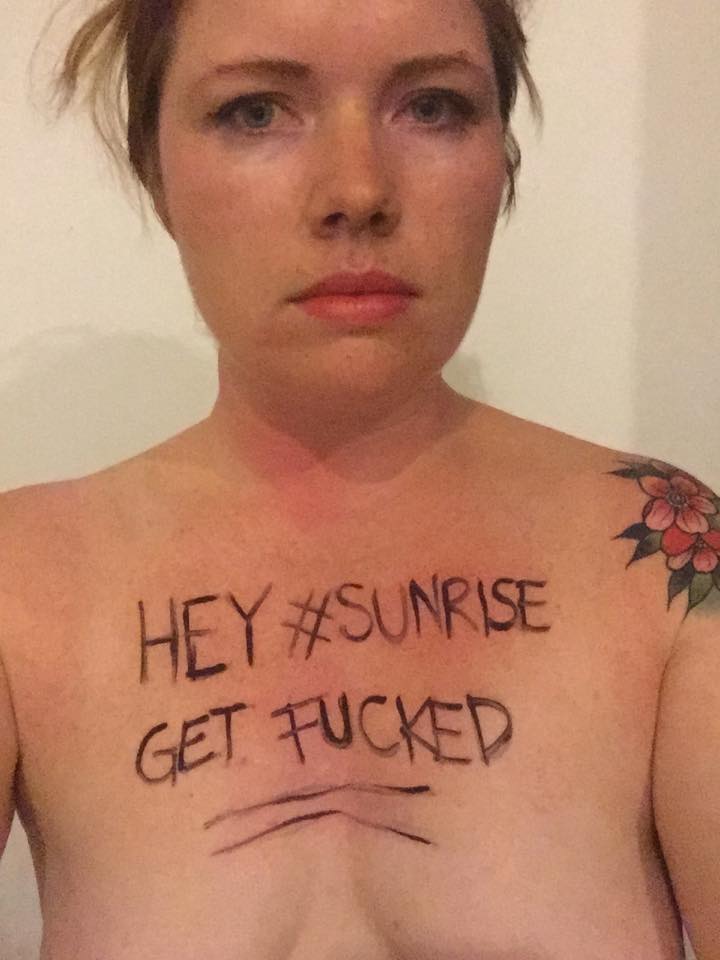 I have taken nude photos of myself and sent them to lovers. I've taken nude photos of myself when I'm bored. I've taken nude photos just because I have a smart phone and it's fun. None of that means I have asked for my privacy to be violated, my photos stolen and my very self made available for public humiliation and judgment. Consent is everything. When Channel 7's Sunrise asks 'when will womenlearn' instead of 'why do men continue to view women as objects they can defile and violate while the world watches and tut-tuts', they are victim blaming. They are saying it's the responsibility of victims of crime and assault to prevent it and not the responsibility of society to make such crimes intolerable and unacceptable.

When will women learn? Learn what? That our bodies do not belong to us? That we have no right to determine who sees those bodies, touches those bodies, fucks those bodies, and shares in those bodies? Honey, we don't need to learn that. We already know the answer. We don't have those rights. We are not allowed to be the masters of ourselves, only the gatekeepers.

I'm not normally into using nudity as a form of protest. I've kept my actual breasts out of this shot so it can be shared on FB without attracting the censorship of an organisation that's afraid of women loving their own bodies but comfortable with men ridiculing and shaming them.

Like I said, I have taken nude photos and I have chosen who gets to see them. That doesn't make me a fool or 'asking for trouble' or somehow deserving of assault. It means that I expect they'll be kept private and treated as personal. It means that I expect to live in a world where sexual predators, revenge pornographers and misogynists aren't defended on morning television shows while their victims are demonised as having made a mistake. What do you know, it turns out that I actually think we should act as if men are better than that.

Anyway, feel free to share this status and image. That's what consent looks like. Also, I took this photo while sitting on the toilet because that's about the amount of respect I have for Sunrise and the parade of morons who produce the whole sorry mess of it.


Some of the comments have been breathtaking - in a good and bad way.

Read some of them here:

Michael Bouvet As a heterosexual male I thank you sincerely - this discussion is too often from loud mouthed imbeciles who drag all of my gender down into the mud. What's clear is an outright fear of sexuality and sensuality, 'coupled with' a bizarre veneration of puritanical shaming of any woman who is comfortable on her skin and being in control of her sexual encounters ... It's beyond pathetic and believe me you have MASSES of support out there. Go you, Clementine  smile emoticon

Lucas Carter Here's an idea to all who are going the hack on Clementine, spend the time posting to all of your male friends reminding them not to share nude photos of other people without their consent.It's our responsibility to educate each other about what is the right way to behave.Also, remind them not to rape other people or hit, harm or kill their partners and kids.Yeah, I know #notallmen but until we as men stop others fucking it up for the rest of us then women are being hurt by men.And yeah, while you are at it, remind your mates not to hurt other men as well as I'm well aware of those stats too.If you have to and it makes you feel better remind your female friends not to do the same.#ourresponsibility#getfuckedsunrise


Michelle De Bruyn The parameters of privacy , in our lives has been radically altered, its boundaries redifined in the face of rampant developing technology. Twenty years ago, we didnt have apps and smart phone, that didnt stop the asses. Back then they were called peeping toms etc steeling and illegally posting photos is much the same thing. It is how we raise our sons to understand the beauty of one another, naked, stupid, clothed etc that will ultimatly change the direction of humanities thoughts and actions. Yes every action has a reaction, its basic science, therefore consequences, my Q to you is - Why must said consequence be violent, crude, disrespectful and negative? There are few if any Journalists left in this world who do their jobs the right way, all have sold their souls to the devil of commercialism! Shame on you Sunrise!!


Stephanie Hames It's disgusting how most of these comments are by women. So much for coming together and standing up for each other. But no, women just shaming clementine. Disgusting world we live in.


Madeleine Rose A couple of years ago my ex snapped a picture of me buttnaked and liked it and asked me to send it to him, I accidentally sent it to another guy with the same name from my Facebook. I was so embarrassed I had to message him and apologise and ask him to to delete it, instead he decided he wanted to teach me a lesson. He slut-shamed me and told me he would post it on the web because I was a cheap whore who deserved that. I was only sending a semi naked photo to my boyfriend of two years.


Daniel Visentin Very simple really people. NO ONE I repeat NO ONE regardless of gender age ability etc etc should post any sort of nude photo online. This is the technology age and internet . You utterly naive to think anyone has any privacy regardless whether man woman or child. And yes it is terrible and awful for people to do that to each other. BUT it is preventable just don't post or text them in the first place


Jenna Sullivan Sorry, I don't agree. Every single person on this planet has to take precautions when it comes to their safety. If you don't have any regard for your own safety, you can't blame society for questioning why bad things happen! Nothing is private on the Internet! No such thing! There are bad people on the earth hunny. That will never change. Everyone needs to be mindful of their actions & need to realise that any decision you make that may put your privacy or safety in the firing line may have dire consequences. Is society to blame for pointing that out? Am I to blame? Well, no, bad people are to blame for the fact we can't be more relaxed in our own lives. But like I said, that's not going to change, we only have control over our own actions. We all need to have more regard for our own safety…


Sally-ann Swan oh im already on many hit lists lol my belief is that we need to be cautious with what we share and who we share it with, not to blame the victim but to do all we can to avoid being a victim, the people who share these photos should still be prosecuted BUT we also need to do what we can to prevent it happening to us

Sally-ann Swan we are told not to leave valuables in our cars, not to blame people who have had their vehicles broken into or to take the blame from the theives but to give us things we can do to minimise the risk of becoming a victim

Email ThisBlogThis!Share to TwitterShare to FacebookShare to Pinterest
Labels: Discussion, Everyone is talking about, Facebook, Men, Sex, Social Media, This Just In, Women