Dido New CD 'Girl Who Got Away' + giveaway

One of the UK’s biggest selling female artists ever returns with her strongest album yet.

Dido’s eagerly anticipated fourth album, 'Girl Who Got Away' is out now through Sony Music Entertainment Australia. Here's the cover: 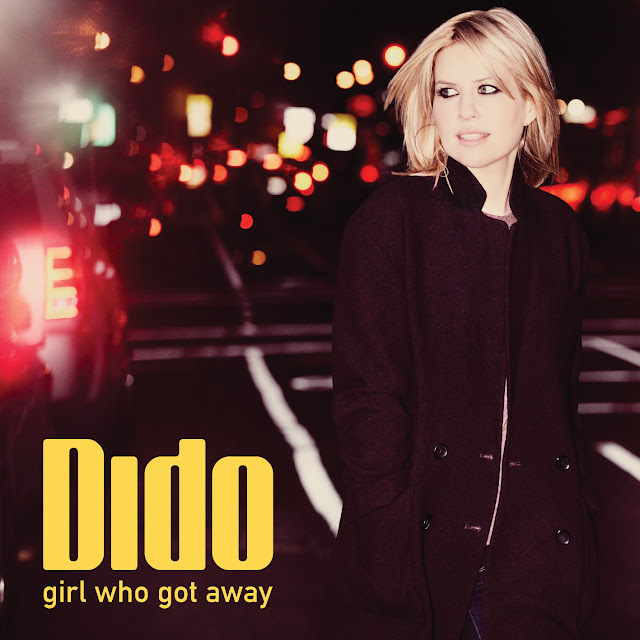 Reunited once more with brother Rollo Armstrong – who has produced the majority of the album – Dido also collaborated with Brian Eno, Jeff Bhasker, Rick Nowels and Greg Kurstin to create an 11-track album of the very finest self-penned, soul-baring electro-pop.

Track number one is 'Let Us Move On' - featuring a guest spot from the hottest rapper right now Kendrick Lamar.

At the heart of  'Girl Who Got Away' is a boldness. From the rush of Go Dreaming, through the wit of End of Night, and the loved-up folk of Sitting On The Roof Of The World – where Dido sparkles like the night sky – Blackbird is also deliciously withering, and as for the album's title track?

"It's one of my favourite songs on the record," she says. "But I guess it also sums up the last few years for me. Taking a step back from it all and going off to have the whole happy adventure of starting a family and making an album that I really am so proud of. And now I just can't wait for people to hear it."

Continues Dido: “It was an incredibly fun record to make. There was no pressure on me at all. It’s all been so natural and easy. On every other record I’ve made, there have been really tricky days, but there weren’t any like that on this one.”

Dido’s first two albums - 'No Angel' and 'Life For Rent' - have both sold seven times platinum here in Australia, and remain two of the UK’s biggest sellers of all-time and her critically acclaimed third LP 'Safe Trip Home' kept the momentum going as album sales hit the 29 million mark. Now she’s back with a new LP.
It’s the comeback record of the year. Here's the tracklisting:

To win a copy of Dido's new album - I have FIVE veavailable - here is all you need to do:

- 'Like' the Josie's Juice Facebook page
- Share this link on your Facebook wall
- Comment below on why you'd love to win a copy of this new album from Dido
- Email me at josiegags@optusnet.com.au with your address in case you're a winner
*Competition open to Australian residents only