Watching 'The Great Gatsby' is a visual treat.

Apart from the obvious assault on the senses - it's in 3D, and watching the kaleidoscope of madness in high def is simply glorious - it's quite simply a devastatingly beautiful film to inhale.

And take it all in I did. Every detail was noted and every prop noticed (although I'd likely have to watch it again... and again, to fully appreciate every last pearl, every single floral arrangement), and while this film is distinctly Baz Luhrmann, it has his wife Catherine Martin and her talent all over it.

Catherine is the creative brains behind 'Gatsby' and it shows.

From the Prada collaboration which resulted in impeccably-beaded frocks, to the Tiffany & Co swoon-worthy pieces, to the Waterford crystal glasses, each and every scene is a dream for the detail-obsessed. 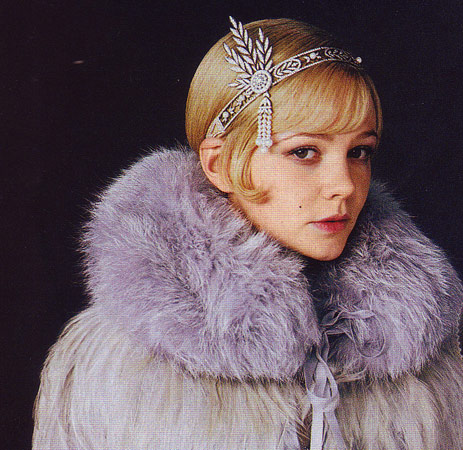 Hardcore film critics will dissect every scene, question the authenticity of the dialogue (which, of course, comes courtesy of the F. Scott Fitzgerald book of the same name).

It doesn't matter if you haven't read the book (I did, as many did, in high school).

You can enjoy the epic adventure without knowing the storyline... you're brought up to speed pretty darn rapidly.

Indeed, the first part of the movie gets the intros out the way quick-smart, and immerses us into Jay Gatsby's world.

And what a world it is: opulent, brash, loud, colourful, mad and... an abbreviation that could have been coined for this very film: OTT!

Those who know the book, know it's a story about morality and class distinctions and being authentic. At the beginning of the film, Baz is determined to set a frenetic pace. And he does. And it just works.


The party sequences at the Gatsby residence are something to behold: think an explosion of colourful characters and a gazillion shades of spectacular.


And then there's the slew of acting talent to behold.

For me, standouts are Joel Edgerton as Tom Buchanan, and Australian relative newcomer Elizabeth Debicki as Jordan Baker, who is breathtakingly beautiful and incredibly talented. Each time both are on screen I just can't take my eyes off them.

And Leo, as Jay Gatsby: measured and in a role that is wonderfully executed, his standout scenes towards the end of the movie are something to appreciate. Carey Mulligan is all alabaster-skinned perfection, and is mesmerising to watch, especially in the scenes that require her to dig deep emotionally.

Standouts too are Isla Fisher, and a brief role for Vince Colosimo. And, Australian performer Brendan Mclean as Klipspringer. Tobey Maguire stars as Nick Carraway, and while initially he seems an odd casting, he delivers the goods as his role gets meatier and more demanding as the story progresses.

All in all, the heart and soul poured into this several-years-long project is all there on display to be appreciated by moviegoers. Every frame is an absolute masterpiece.

Perhaps the biggest gripe aficionados of the book will have is how the book should be best interpreted on screen.

And there will be those who will question if the film has heart and depth, but then again... neither did the characters portrayed in the movie. They're intentionally and deliciously shallow and superficial.

A film like this has to be polarisingl I liken it to the same kind of 'confusion' Baz's earlier flick 'Romeo & Juliet caused: was it true to Shakespeare? How can a thoroughly modern take on prose so old actually work on screen?

But work it did, and has stood the test of time. You could watch 'Romeo & Juliet' today and it'd still be as edgy and elegant as it was when it was first released.

The same can be said for the modern masterpiece that is 'Gatsby': I truly believe Baz's vision will be appreciated more as time goes on, and with each watch of this epic cinematic triumph.

'The Great Gatsy' is unmissable cinema. See it now. For a tasty morsel, here is the trailer.