In news just in, Hazel Hawke - the ex-wife of former Australian prime minister - has died. 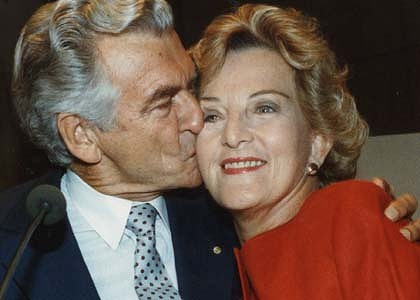 Hazel worked in social policy areas, and was a talented amateur pianist, as well as a patron of the arts. After she was diagnosed with dementia, she made public appearances in order to raise awareness of the disease and surrounding issues.

In more recent years, she was placed in high-level nursing home care.

She had four children (including Robert junior, deceased).

On 3 November 2003, the ABC aired an episode of Australian Story in which Hawke publicly revealed that she was suffering from Alzheimer's disease.
Here Hazel's daughter Susan Pieters-Hawke is interviewed by ABC's Leigh Sales, about Sue's book Hazel's Journey: A personal experience of Alzheimer's. The clip shows what Hazel's daughter thought of her beloved mother:

Sue's book describes the previous decade of Hawke's life and the onset of Alzheimer's. At the book launch on 1 November 2004, Pieters-Hawke revealed that her mother had reached the mid-stages of the disease and was now suffering from quite severe short-term memory loss. That year the Hazel Hawke Dementia and Care Fund was established.

Here is a clip Hazel and Bob recorded for a drugs and alcohol community service announcement: 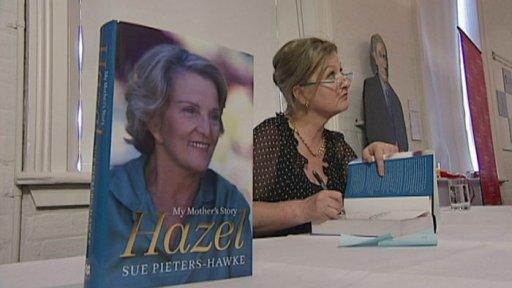