Ben Mendelsohn Beyond Blue 'Get to Know Anxiety' Campaign

This new ad campaign from Beyond Blue is mesmerisingly effective. Featuring stellar actor Ben Mendelsohn, the Beyond Blue 'Get to Know Anxiety' campaign encompasses a short film starring the Australian actor, encouraging those affected by anxiety to recognise the symptoms and know how to treat it.

New research by Roy Morgan reveals the number of adult Australians reporting an anxiety condition has grown by almost 40 per cent in the past four years.
Beyond Blue chairman and former Victorian Premier Jeff Kennett says he hopes the campaign will prove as successful as the organisation's work on tackling depression.
"Anxiety is suffered by more of the community than depression, but most people are not aware of it," he told ABC Local Radio.
"It keeps coming back without warning and without notice and it can exist for years, and so quite dramatically affects a person's enjoyment of life.
"Most people think it's part of their personality - it's not, and it can actually be treated."
For more on this story, click here.

Do you suffer from anxiety? Feel free to share some comments below. Also, read this woman's piece about her journey with anxiety. 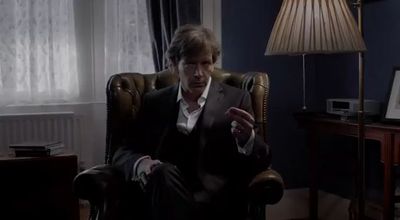