In news just in, West Indies cricket player Chris Gayle has just been fined $10,000 by Cricket Australia, with the proceeds going to the McGrath Foundation.

Last night, Chris was being interviewed by Channel 10 sports journo and anchor Mel McLaughlin after hitting 41 from 15 balls during the Big Bash game, and said to her:
"I wanted to come and have an interview with you as well. That's the reason why I'm here, just to see your eyes for the first time.
"Hopefully we can win this game and have a drink after. Don't blush, baby."

This was her reaction, adding: "I'm not blushing." 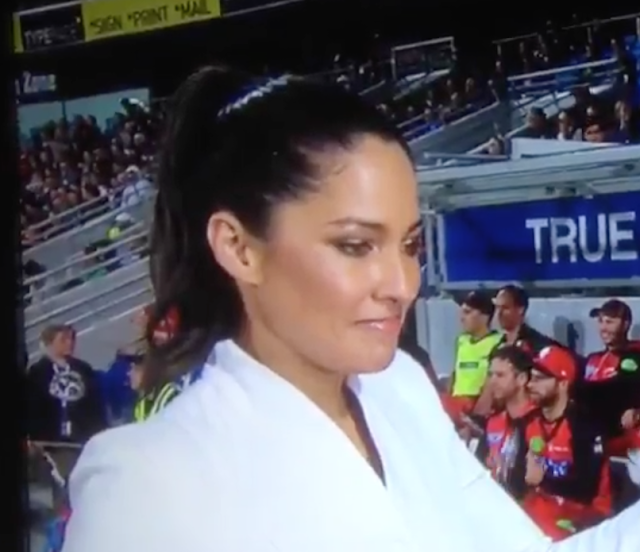 Here is the video in full:

Chris has since apologised today, saying it was "a simple joke ... that went out of proportion".


"There wasn't anything meant to be disrespectful or offensive to Mel," he said after arriving back in Melbourne today.
"If she felt that way, I'm really sorry for that. There wasn't any harm meant in that particular way, to harm any particular person in any particular way like that."
Chris also attempted to brush off the controversy, saying: "It's just one of those things. Crap happens."
Thoughts?
Posted by Josie at 16:47