Professor Gordian Fulde, who is the the longest-serving head of an emergency department in Australia, has been named the Senior Australian of the Year for 2016.

What a fantastic choice!


His three decades in charge at St Vincent's and Sydney Hospital count for more than that, considering the inner-city hospital is on the front line of Sydney's sometimes infamous nightlife and treats more than its fair share of bashing victims, drug addicts and homeless.

"As a young person would say, 'OMG'," Professor Fulde said, accepting the award.

Fulde has also been a tireless campaigner via media interviews on drug education and the topic of alcohol abuse.

Here is the preview video of Prof Fulde from last year: 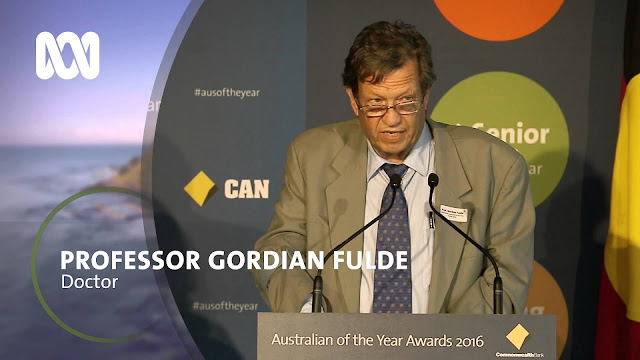