On the cover of Vogue. US edition, February 2016, for real. Not a drill. Actually going on sale now. 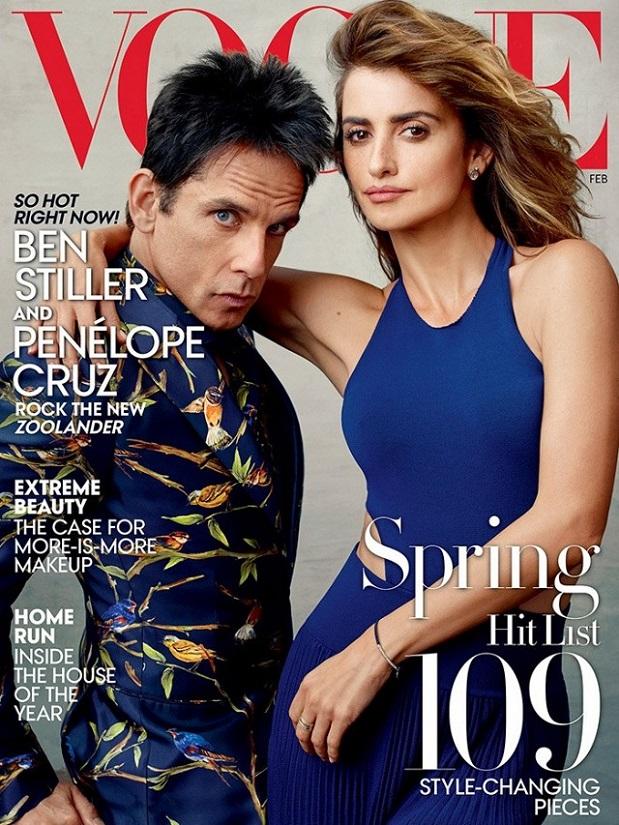 The really, really, ridiculously good-looking male model Derek Zoolander has landed his first Vogue cover, you guys... and as you can see, he's got some serious blue steel happening.

Ben Stiller - who of course plays Zoolander - is in this dazzling Dolce & Gabbana suit alongside his co-star  Penélope Cruz. The feature inside, with Annie Leibowitz as the photog, sees him in character with the likes of models Gigi Hadid and Jourdan Dunn. Clever move, Vogue.
The movie itself is fun cameo central: Kristen Wiig, Justin Bieber, Benedict Cumberbatch, Kim Kardashian, Kanye West, Ariana Grande and Demi Lovato.

Stiller reveal, however that there was one key cameo they couldn't lock down:

"We didn't get Karl Lagerfeld. I would have liked to get Karl. I came close."

Here is a reminder of the madness in the latest trailer: