David Bowie has died, age 69, after a long battle with cancer.

This from 'The Hollywood Reporter':

David Bowie has died after a battle with cancer, his rep confirmed to The Hollywood Reporter.

"David Bowie died peacefully today surrounded by his family after a courageous 18 month battle with cancer. While many of you will share in this loss, we ask that you respect the family’s privacy during their time of grief," read a statement posted on the artist's official social media accounts.

He only just released his new album two days ago, and turned 69 on January 8, three days ago.

'Black Star' - his 29th album - was released only two days ago also.

With his different-colored eyes (actually the result of a schoolyard fight) and slim frame, he starred as an alien seeking help for his dying planet in Nicolas Roeg’s surreal The Man Who Fell to Earth (1976).

He was also lauded for three-month Broadway stint as the misshapen lead in 1980’s The Elephant Man.
Here is his latest video, for just-released single 'Lazarus':

UPDATED: His final music video was viewed 11.1 million times in one day! 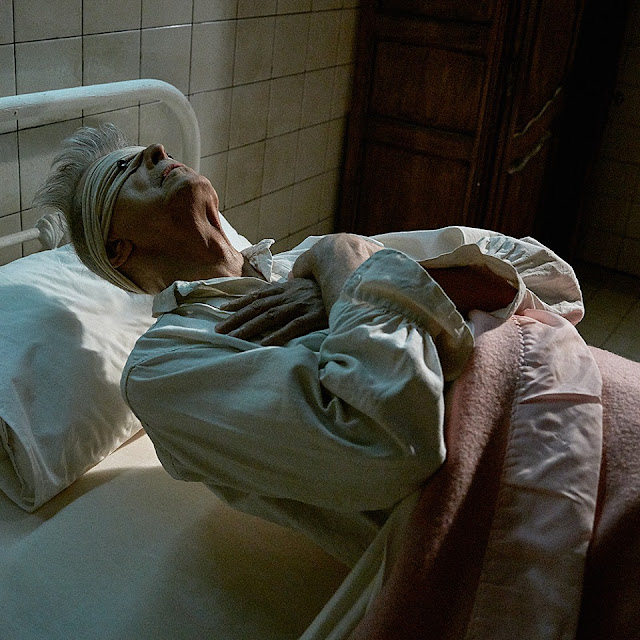 Here is Ricky Gervais's Tweet on his friend and co-star (David Bowie had a hilarious cameo on one of 'Extras':


And here is that fun clip from one of the best shows, ever... 'Extras' (and below, more history between the two):

Not long after The Office premiered, Ricky Gervais got a chance to meet his idol when the BBC invited him to a concert. “David Bowie has been a hero of mine for 25 years,” he told the Daily Mirror.

“He is quite special and you meet him and you think he is going to come out of some weird tube and say ‘hello, I’m a space boy’. But he doesn’t, he says ‘hello I’m David’.” Funnily, when Gervais was introduced, Bowie had no idea who he was.

Then a few weeks later, Gervais received an email from Bowie, who clearly caught up on his TV viewing. “So I watched that Office. I laughed. What do I do now?” That sparked a friendship between the two. As Gervais recounted in an interview in GQ Magazine:

Their relationship culminated in a guest appearance on Gervais’s HBO series Extras, which is part of what you see above.

Gervais plays Andy Millman, a desperate movie extra looking to break into the big time. When he annoys Bowie, playing himself, at a bar with his whining, the rock star turns to a piano and starts to put together a tune called “Little Fat Man.” (Lyrics include: "Pathetic little fat man / No one’s bloody laughing / The clown that no one laughs at / They all just wish he’d die."

While making the episode, he and Bowie worked together on making the song:

Email ThisBlogThis!Share to TwitterShare to FacebookShare to Pinterest
Labels: Everyone is talking about, Music, RIP, Sad, This Just In, UK