Female Entitlement Mentality: "I think it's just so much rubbish."

Yesterday I read Miranda Devine's column with great interest... I mean, how could I not? There was a huge picture of the [old] cast of my fave The Real Housewives franchise, the OC women. And I unshamedly love watching these narcissistic women. 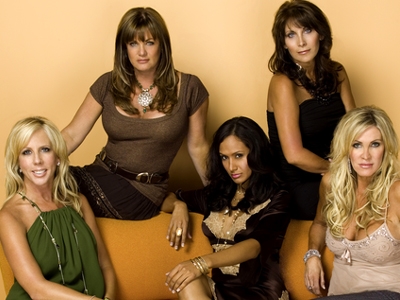 I ripped it out and pondered what the whole thing meant (here we go: another label for women?), and after seeing Angela Mollard and Jane Caro talking about it today on Channel 9's 'Mornings' TV show, I was intrigued.

You can read Miranda's piece here http://www.dailytelegraph.com.au/news/opinion/miranda-devine-women-believe-they-live-in-the-age-of-entitlement/story-e6frezz0-1226360978244 but today's debate on Mornings is what really had me thinking:


Said Angela: "No, I don't think we have Female Entitlement Mentality; I think we have it across the board, and I think to paint women as princesses and men as these kind of clueless idiots who are just sort of despairing of us, is wrong. I think we are a generation of not saying no to ourselves, and not saying no to our children, so I think there definitely is an entitlement issue, but I don't think it's uniquely women.

"I also think it's a collective thing; I think it's when women get together they become more like what Miranda's trying to say. I think individually, women are brilliant; we're doing really well and [being] really smart and I say that across the generations; that's my belief."

"Human beings have a right to make a decision about their own lives and the way it will be, and if it turns out badly, you, as a grown up, take responsibility and deal with the consequences."

Says Jane: "She's putting women down. No, she's saying because women are seeking to get what they want, that's selfish. Come on, it's not! It's human nature, and women are just as entitled. And women are entitled to be nasty, they're entitled to be narcissistic, they don't have to be better or nicer or sweeter. That's just a burden!"

More on Miranda's piece: she based her article, entitled: "Women believe they live in the age of entitlement" on women's reaction to a research study which found there are health risks for women who put off having children until after age 35.

In the article, Miranda says:

"Older mothers slam age shame" was one angry headline about the Monash University research into 133,000 women in Victoria, which warned older mothers posed a "greater potential burden" on the health system.

"The hostility was symptomatic of a female entitlement mentality (FEM), which means always getting what you want, when you want it, even in defiance of reality and other people's wishes.

Increasingly in our narcissistic age we see this deluded self-belief and inflated sense of importance, from baby boomers to 13-year-old princesses.

At its extreme, it manifests in the stars of reality shows such as The Real Housewives of Orange County, women whose lives are an epic monument to selfishness.

FEM is the end product of a culture that places self-esteem and empowerment above fairness and common sense.

For three generations, women have been told growing up that they are can have it all, do anything, and have unlimited freedom of choice.

This was terrific for women to break free of oppression and achieve equality.

But along the way we forgot that some restrictions on freedom must exist, if you are not to trample on the rights of other people and if you accept certain biological realities.

Now, an inflated sense of entitlement means you lash out and blame others when you don't get everything you believe you deserve."

Such an interesting topic... thoughts? 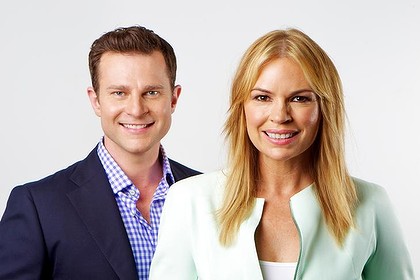