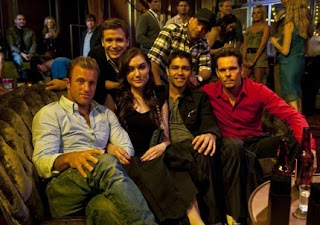 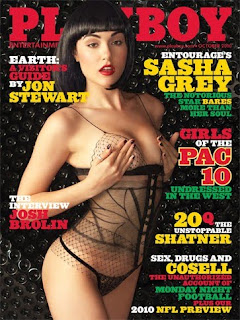 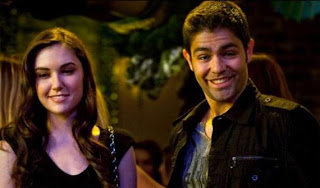 The Playboy Tweet read, "It’s true! “Entourage” star Sasha Grey is our October cover girl, back for her 2nd pictorial."

Hugh Hefner added via Twitter that October will have two covers.

“Playboy has 2 different October covers–one with Sasha Grey & one with Kim Phillips with a college theme,” the Hefster said.

All wonderful news for red-blooded men, but what I can't wait for is to see Sasha Grey playing herself on the HBO series Entourage. Her Entourage character dates Vince, the show's central character played by Adrian Grenier.

Insiders tell me a December screen date for the Australian premiere of season 7 is likely (on Foxtel and AUSTAR'S Arena channel) and I am, well, gagging for it.

Grey's been, er, hard at it for years, balancing a career in hardcore pornography with increasing crossovers into mainstream media, actually collecting adult entertainment industry awards in the same year of her breakthrough performance in The Girlfriend Experence and other crossover projects. The question is: will those familiar with her explicit skin flicks be able to look past that and see her as a TV character, even though she is playing herself on the show.