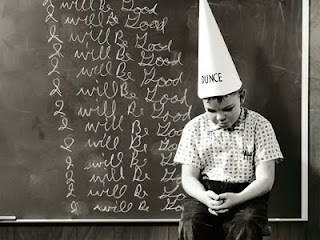 So, here's a change of pace.

That QLD lawyer guy - the one who filmed himself smoking the Koran and the Bible as if a joint - is causing all sorts today.

Whatever you think of Christianity or Islam, I think it's completely disrespectful to burn what many people hold sacred. Hey, Alex Stewart? Not hilarious.

Yeah, I get it, I get it, he's trying to make a point. According to Stewart, he says they're just books, and if people are getting so upset over a book then they're taking life way too seriously, and people should just "get over" the burning of books like the Bible or the Koran.

"I guess that's the point with all this crap," he said.

"It's just a f---ing book. Who cares? It's your beliefs that matter. Quite frankly, if you are going to get upset about a book, you're taking life way too seriously."

Except it isn't just a book. Just like a marriage cerificate isn't 'just a piece of paper'. It means significant things to people, mate.

Now, people who know me know that I have a fantastic sense of humour, the blacker and weirder and cruder the antics, the better. But this... well, this is just dumb.

Paul Colgan is managing editor of http://www.thepunch.com.au/ and as you will see from this piece, an excellent writer.

In answer to Stewart, he says: "To the contrary, I would suggest that if you are fanatical enough about your belief system to rip up someone else’s and smoke it, then you are the person who is taking things too seriously."

Here is an excerpt of his piece, entitled: "Life, liberty, and the pursuit of total stupidity."

When pastor Terry Jones called off his epically dumb plan to mark the anniversary of the September 11 attacks by burning a bunch of Korans, for a brief period it looked like western civilisation valued people with something between their ears. But then along comes Alex Stewart – an Australian, no less – to confirm democracies provide shelter for the hopelessly stupid.

It was on behalf of people with a brain everywhere that the US President went on television to plead against the pastor’s plan to burn holy books. He succeeded in stopping the Jones protest but then along comes Stewart on YouTube, ripping out pages from the Bible and the Koran and smoking them in a festival of smugness cloaked in a mantle of enlightenment.

Score one for the Taliban and the view that the West is intellectually bankrupt.

To continue reading (and I highly recommend you do), click this:
http://www.thepunch.com.au/articles/life-liberty-and-the-pursuit-of-total-stupidity/
Posted by Josie at 12:36

Email ThisBlogThis!Share to TwitterShare to FacebookShare to Pinterest
Labels: News, The Punch