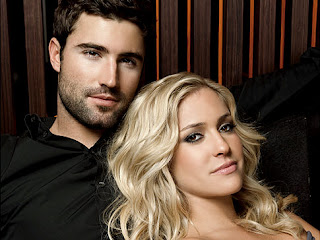 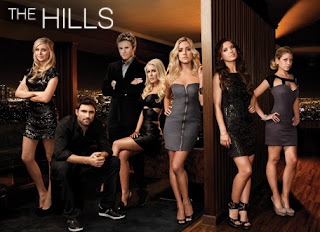 So, The Hills is over. What? Yes, I watched it. Not really watched, so much as knew who the 'characters' were, knew who Speidi was, knew that one half of Speidi became a pneumatic effigy of herself, and knew who Lauren, Lo, Brody, Audrina, Whitney, Jay, Stephanie, Holly, and Justin Bobby were.

The Hills finale - just screened in Australia, though screening in the US some weeks ago - caused 'furore' amongst hardcore fans. This article, published on http://www.nydailynews.com/ tells the story behind the 'reality' show perfectly.

The curtain closed, or rather, the veil was lifted on MTV's "The Hills" last night in the final moments of its series finale. As Kristin Cavallari pulled away, off to Europe to "find" herself, pal and former flame Brody Jenner stood on an empty LA street to watch her go. It was a bittersweet, emotional moment. But then the backdrop rolled away, the cameras panned out, and we saw that Jenner was now standing on a Hollywood lot, surrounded by crews, and that Cavallari's car was parked just a few feet away. She got out, they hugged, and that was that.

Fans immediately took to Twitter to express their shock, outrage and awe. "The Hills finale made me feel like what it was like when I found out Santa Clause was not real," wrote SillySarahHilly.

"'The Hills' series finale finally revealed what we've known all along: ITS FAKE. Kudos producers for finally owning up to it," wrote Ericksonvision.

I interpreted that finale scene as a tip of the hat - or a slap to the face - from producers finally confirming to fans what we've suspected all along. That yes, "The Hills" had become much more fiction than fact. More Hollywood than Laguna. On the "After Show," Brody even said it was up to the fans to decide what had been real and what hadn't.

Because of course, it wasn't all fake (Heidi and Spencer's marriage is legally documented, for instance), but a certain kind of hybrid that made it the culturally-relevant reality TV show that kept people talking about it for six years. It was told as a traditional narrative, with close-ended episodes that wrapped-up specific storylines with a neat little bow in a nice, thirty-minute package. That couldn't be done without some story massaging, some set-ups, and a little scripting here and there.

So I liked that ending! It pulled my eyes from the back of my head, where they had rolled during the flashback montage set to the remixed version of Natasha Bedingfield's Unwritten, and made me pay attention. It was a surprising knock on the fourth wall (especially considering it's identical East Coast twin, "The City," will still go on and we're expect to play dumbly along), but it was satisfying, if only because we finally got the chance to say, "We knew it!"

As for the rest of the finale, and the whole night's finale-related festivities...meh.

Usually, with a show that you've followed since the beginning, with characters around your age who are going through experiences similar to the experiences you are going through, you feel a sense of attachment, an almost kinship. You've laughed, you've cried, you've been angry with them/at them/for them. And when it's over, you realize that that's it - you won't be able to check in with these people that you've grown attached to every week. What will you do without them?

And see the finale (the most decent quality I could find on YouTube) here:
http://www.youtube.com/watch?v=UzSuaM1LasU
Posted by Josie at 23:45