I have no idea why I am posting this. It's viral. I am posting it. A woman who had surgery to have three breasts:


She's kinda mimicking the three-breasted woman in Arnold Schwarzenegger's 1990 film Total Recall. This woman, Jasmine Tridevil (not her real name… obv), had surgery to also get a, er, tri-cleavage.
The 21 year old (oh honey… you will regret this later) told Real Radio 104.1 that she asked over 50 doctors to do the procedure before one finally agreed.
"It was really hard finding someone that would do it too because they’re breaking the code of ethics," she said, adding that the surgery cost $20,000 and included a “nipple” implant. "He made me sign a non-disclosure agreement as he was scared he'd get in trouble."
Ya think? 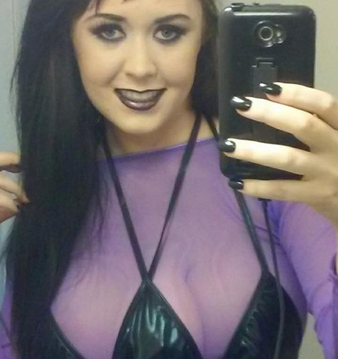 Email ThisBlogThis!Share to TwitterShare to FacebookShare to Pinterest
Labels: Everyone is talking about, This Just In, Viral Videos, Women, YouTube