WHO magazine is reporting that the model and ex-Australian ambassador ("Where the bloody hell are you?" and her Hollywood actor Australian boyfriend (although some media outlets are reporting they are already married) Sam Worthington are expecting their first child together.


Here is this week's cover - magazine on sale today: 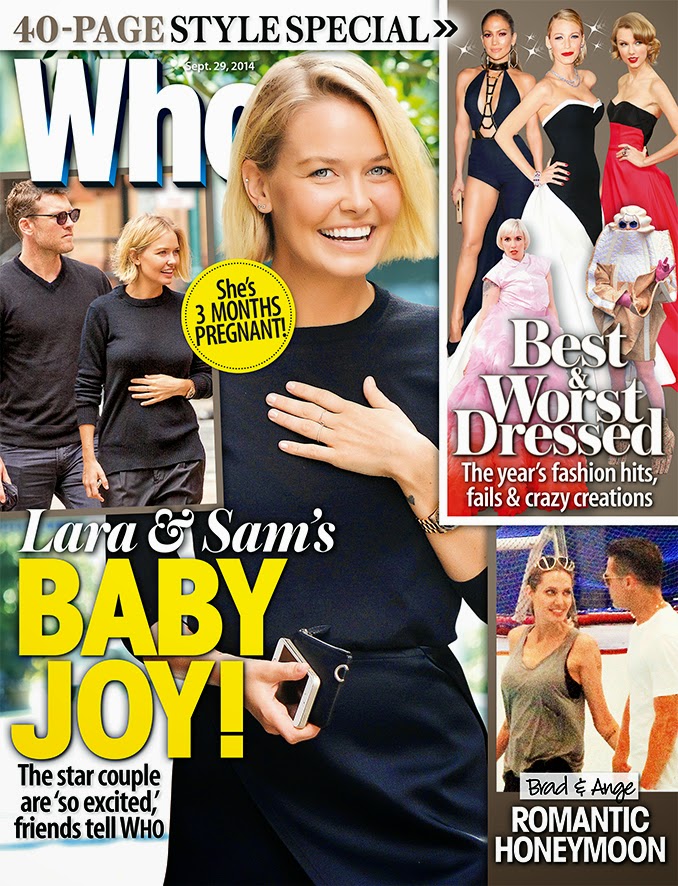 For months the rumour mill has been churning around model Lara Bingle and speculation she might be pregnant. Now multiple sources confirm to WHO that Bingle is expecting her first child with actor Sam Worthington.

"Lara is just over three months pregnant," a close friend of the couple tells WHO. "They're both so excited—Lara's the happiest she's ever been." The couple, who have been almost inseparable since they started dating nearly a year ago, recently told friends and family the exciting news.

This DOES look like a baby bump, and not a 'food baby'… expect a statement from the couple soon...