'At the Movies' Show to End

The ABC today announced that, after 28 years, and one of the longest and most enduring partnerships on Australian television, Margaret Pomeranz and David Stratton will record the final episode of 'At the Movies' on December 9, 2014.

Margaret and David, whose on-screen partnership is legendary, came to the ABC in 2004 from SBS, where they had hosted 'The Movie Show' for the previous 18 years.

Here is there just-in video message:

Here's a shot from the good ol' days: 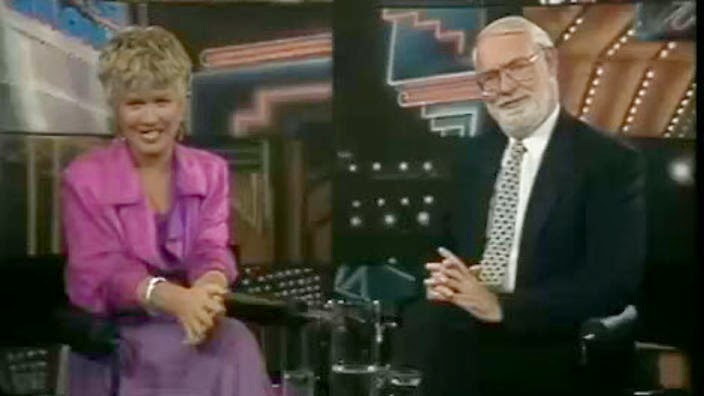 Here is a recent photo of the duo: 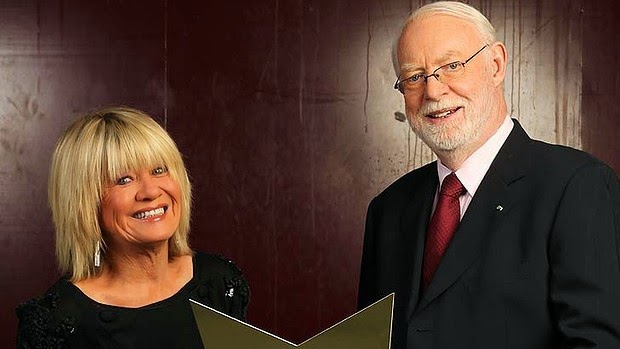 Since their 'accidental' pairing more than (gasp!) a quarter of a century ago, Margaret and David have grown to become Australia’s most admired and trusted movie reviewers - even enjoying an envious reputation abroad; few actors or filmmakers would refuse an interview with this duo, such is the regard in which they’re held.

“After 28 years reviewing films on television with Margaret, ten of them at the ABC, I feel it’s time to go. We’ve had a wonderful time, thanks to very supportive and encouraging audiences, throughout that period. And we’ve worked with wonderful teams, both at SBS and at the ABC, people who discovered movies alongside us, helped and assisted us, and in the process became valued friends. We couldn’t have done it without them.

“Most of all, working with Margaret, whose enthusiasm, commitment and passion has been amazing (and only occasionally irritating) has been a joy for over a quarter of a century. But, since I turned 75 last week, I look forward to less pressure and more opportunities to enjoy the movies I love, in the years ahead,” says David.

Margaret adds, “As David says, it’s time to go from the small screen after a great innings, thanks to all our viewers and the fabulous teams we’ve worked with over the years. And thank you to the ABC and SBS. We’ve been lucky to work for two great public broadcasters, and long may they prosper.

“My gratitude goes to David who gave me credibility just by being prepared to sit by me and discuss film when I am just a film enthusiast, not the great walking encyclopedia of film that he is. He’s a grand person, a most generous, decent man, even if a little stubborn at times.

“We’ve seen Australian films continue to mature over nearly three decades on air and I look forward to a continued involvement in this wonderful industry of ours which explores and reflects our culture and our peccadilloes. It’s been such a privilege to have been on the sidelines, witnessing the talent that this country produces in all areas of film production.

“I’m very sad to have to call an end to our show, it started out as a very fragile thing and only survived because there are enough lovers of film in this country to support a specific program about cinema. Thank you all.”

Said ABC Managing Director, Mark Scott: “The fact that everybody knows them as Margaret and David demonstrates how much they are loved by the Australian public. Their passionate and enthusiastic championing of the cinema art form, their articulate and always entertaining reviews and their personal rapport on stage (not to mention those earrings) have defined them. Their contribution to the ABC and to the wider arts community has been enormous. We are so proud to have worked with them for over a decade at the ABC and we will miss them. I give them five stars.”

The ABC also announces that, with Margaret’s and David’s decision to retire, At the Movies will not be returning in 2015.

I kinda feel like we need a whole blog post on Margaret's hairstyles and earrings over the years. They've been kinda eclectic over the years!