She dedicated her Gold Logie win to raising awareness around brain cancer. She urged all on TV tomorrow - Lisa and Karl and Samantha and Kochie on breakfast TV, and all on TV, and all of us going to work, school and everywhere - to don a beanie to raise awareness around the disease, which kills many more than we think - her late husband  Greg was one such person. She tells how he was affected by wearing a beanie - and so her mission with her message was to remove any stigma associated with it.

Carrie said: “Over ten years I watched him suffer multiple seizures a day, lose feeling down one side of his body.
​​”​He was an incredibly brave man, he was a great dad, he was a great husband.​ B​ut he shouldn’t have had to go through that.​” ​​Revealing Greg was embarrassed about his brain cancer surgery scars and wore a beanie to cover them, she put on her blue beanie, and said she wanted every TV host in Australia to do the same.
​”Sam, Kochie, Karl, Lisa - wear it on TV tomorrow. If you’re going to school put a beanie on. If you’re going to work, put a beanie on. Take a pic of yourself with the hashtag #beaniesforbraincancer.​”
“I want to dedicate this award to anyone that is going through a shit time right now. Please believe that there will be a brighter day for you. Please believe that. I’ll see you on the dance floor. Thank you very much.”
How fitting that two of the three women standing on that stage behind her - Delta Goodrem and Kerri-Anne Kennerley (Kate Ritchie was also present on stage, with all three presenting the award) had also gone through their own very personal but very public cancer journey.
In Carrie's speech she cheered for the underdog, the person who is going through a 'shit' time, for the carers and those who are sad and low to understand, in the hope they will know that it does get better.

“Every five hours someone is diagnosed with brain cancer and eight out of 10 people will die from brain cancer,” said Carrie.

“In 2010 my husband Greg was one of the unlucky ones. He was a great dad a great husband and a great friend.”

If it is possible to be even more in love with this wonderful woman of substance then yes… here it is.


Part of her speech is here (oh, and hashtag: #beaniesforbraincancer) 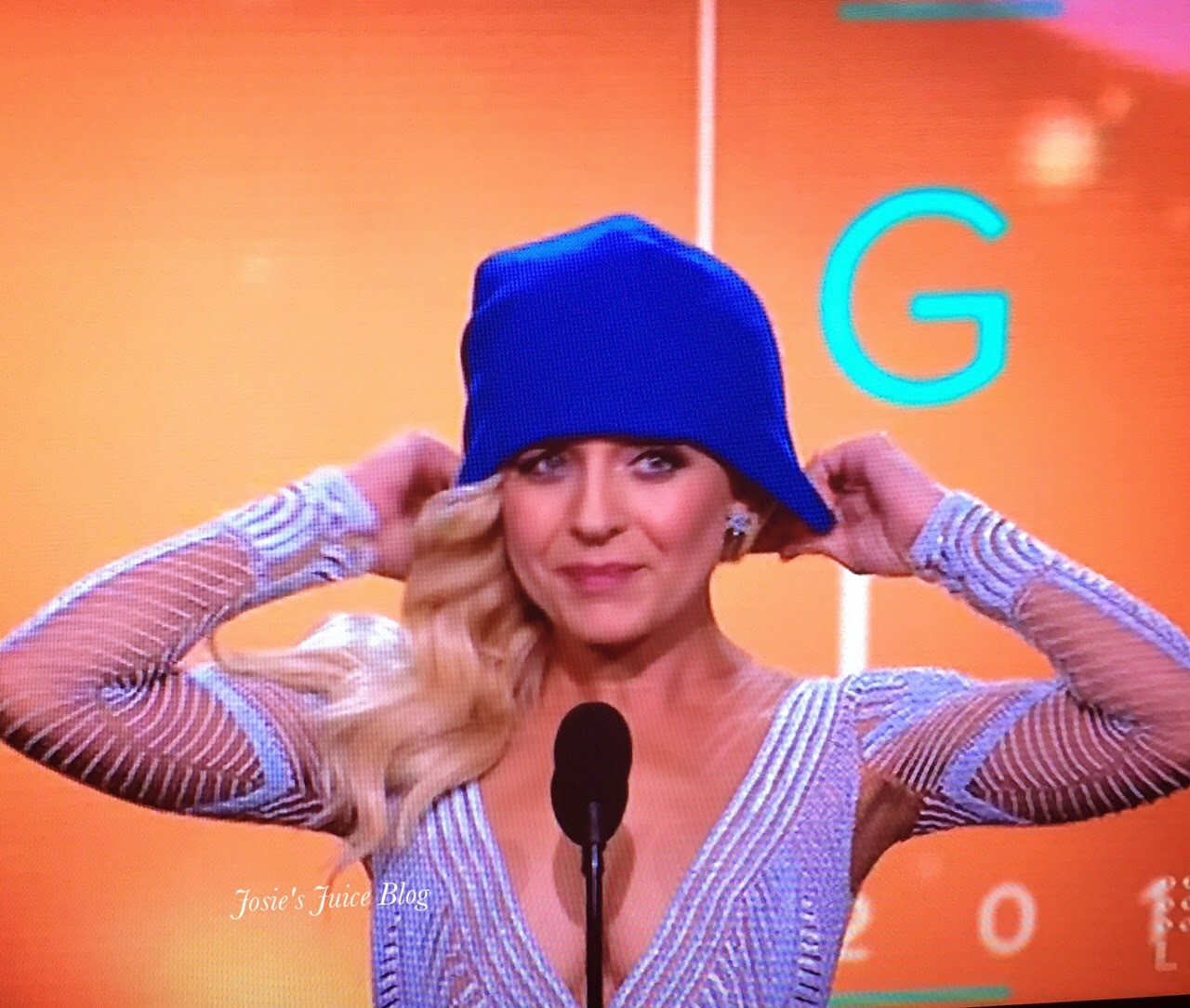 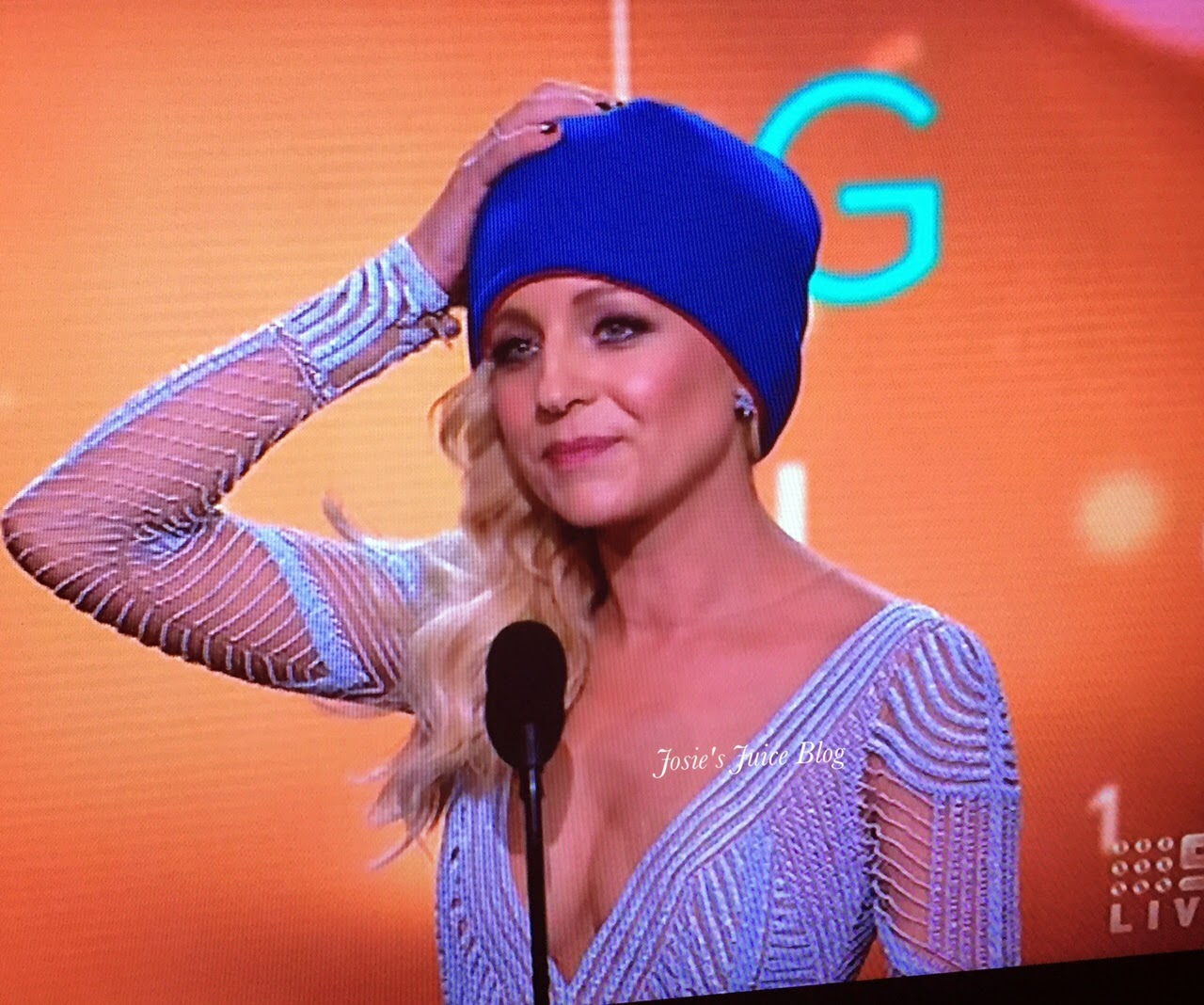 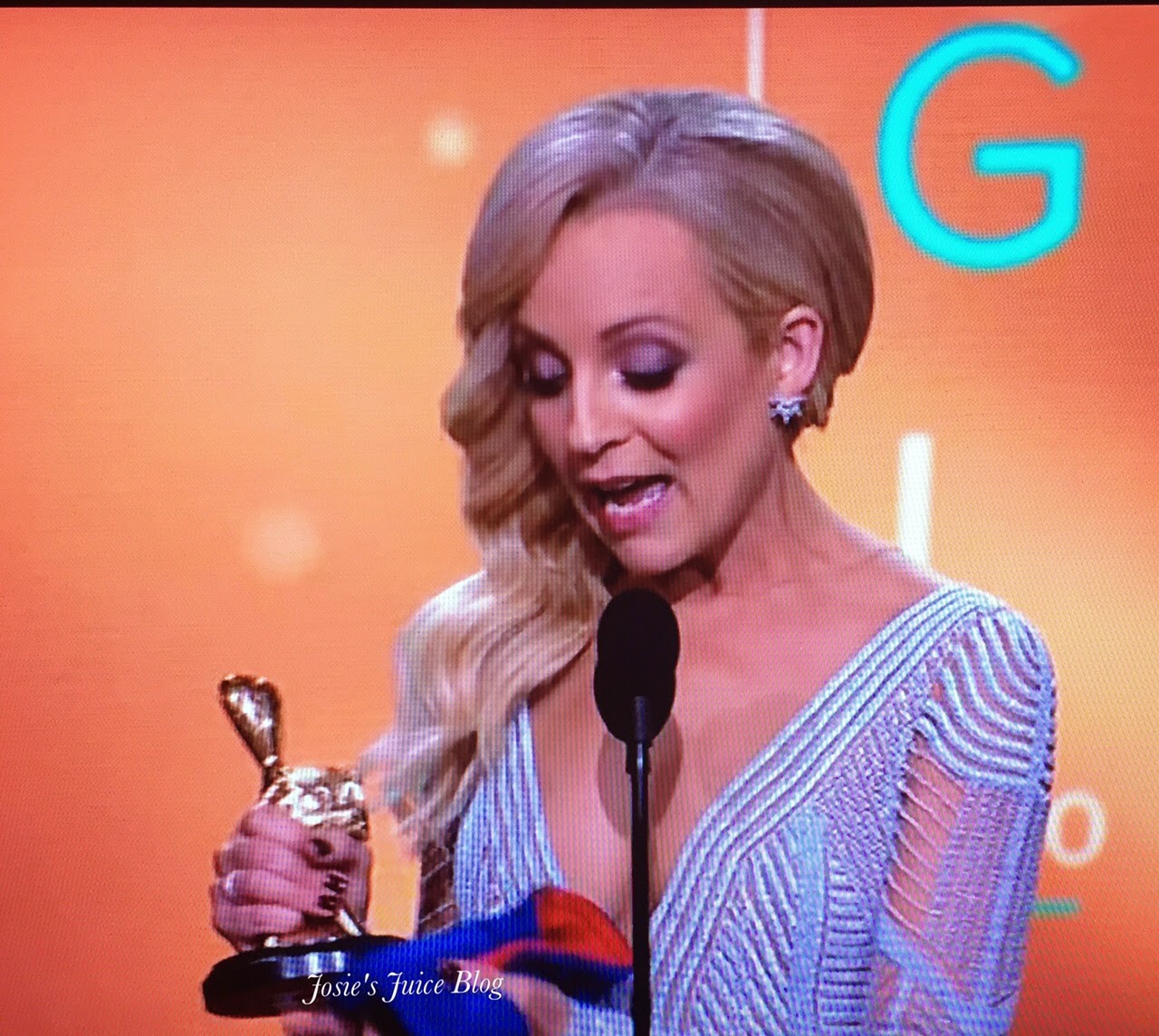 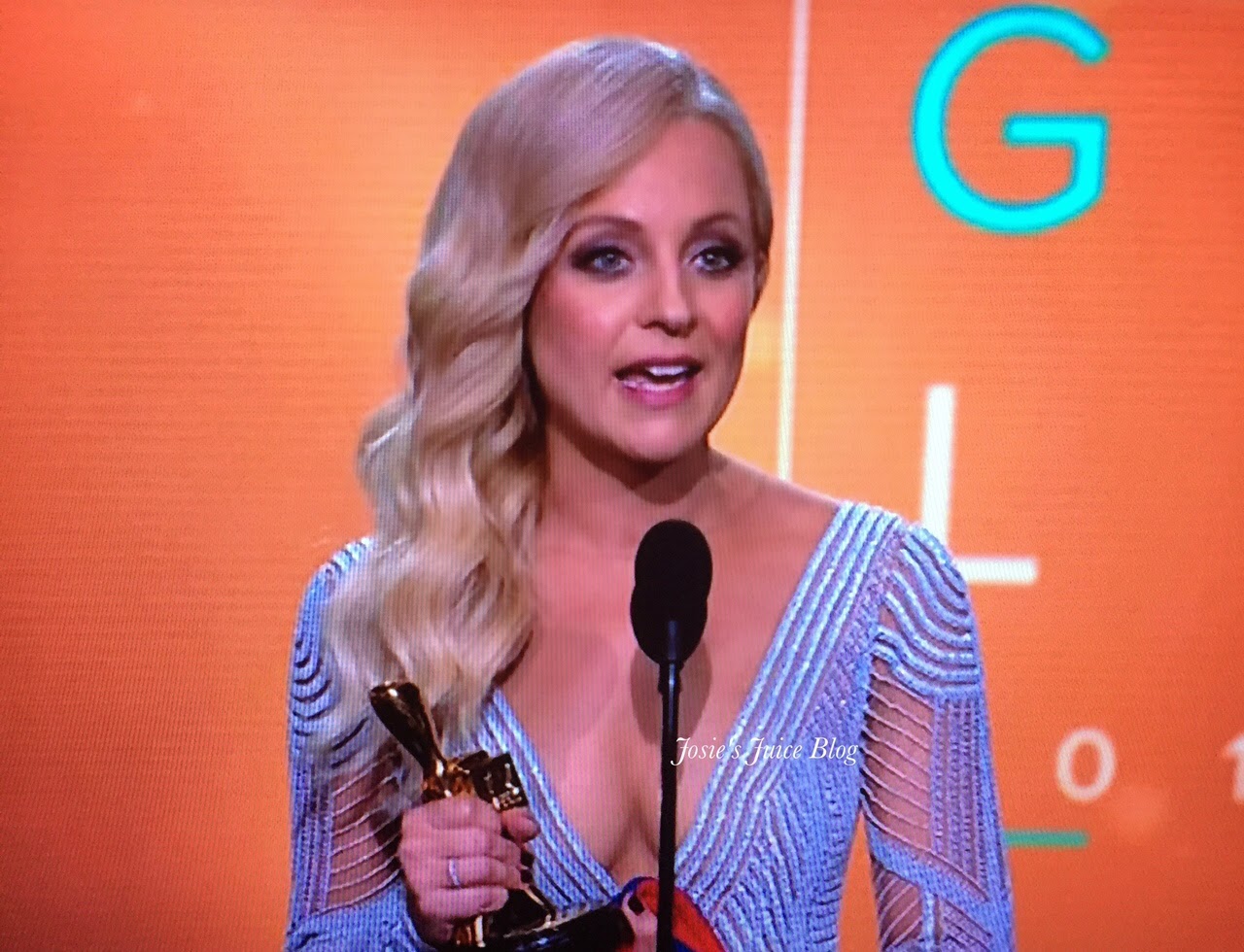 Email ThisBlogThis!Share to TwitterShare to FacebookShare to Pinterest
Labels: Australiana, Cancer, Emotional, Everyone is talking about, Insight, Inspiration, Logies, This Just In