The royal baby is on its way!

In official tweets from Kensington Palace - see below - it is confirmed the Duchess of Cambridge is in labour.


HRH The Duchess of Cambridge was admitted at 06.00hrs to St Mary’s Hospital, Paddington, London and is in the early stages of labour.
— Kensington Palace (@KensingtonRoyal) May 2, 2015 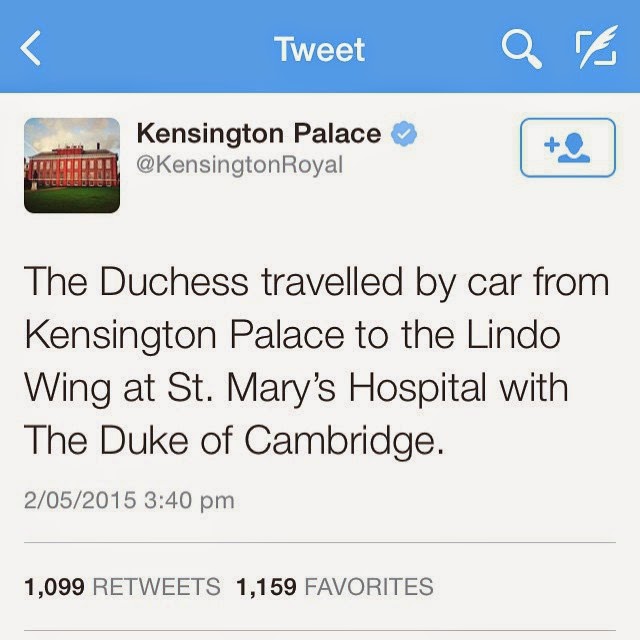 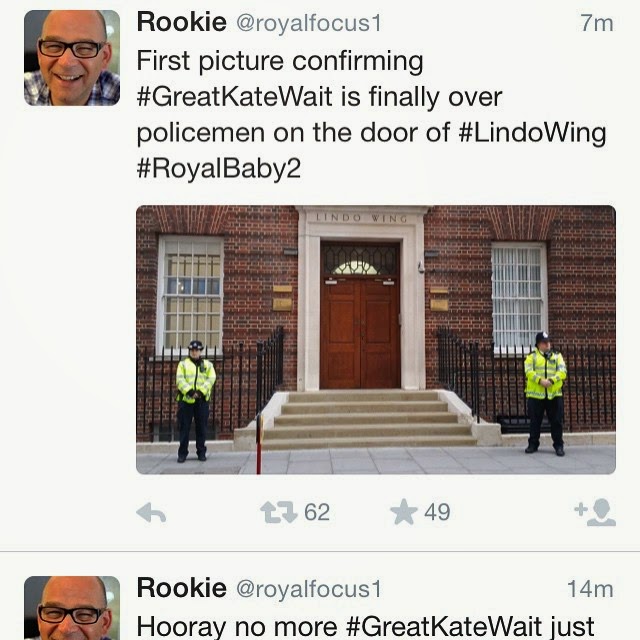 Kensington Palace said "labour is progressing as normal" for the duchess, who was taken to the hospital by car - see tweet above.
Officials have said the duchess and her husband, Prince William, don't know the gender of their unborn child.
The duchess travelled from Kensington Palace with Prince William and was admitted at 06:00 BST (05:00 GMT).
Catherine, who is well and truly overdue, is under the care of consultant obstetrician Guy Thorpe-Beeston.
He will be joined in the delivery room by Alan Farthing, the Queen's surgeon-gynaecologist.
The new baby will be fourth in line to the throne, behind his or her grandfather Prince Charles, father Prince William and brother Prince George.

Soon, we will be seeing this sight - below - all over again.

Will the baby be a boy or a girl? Take a guess! 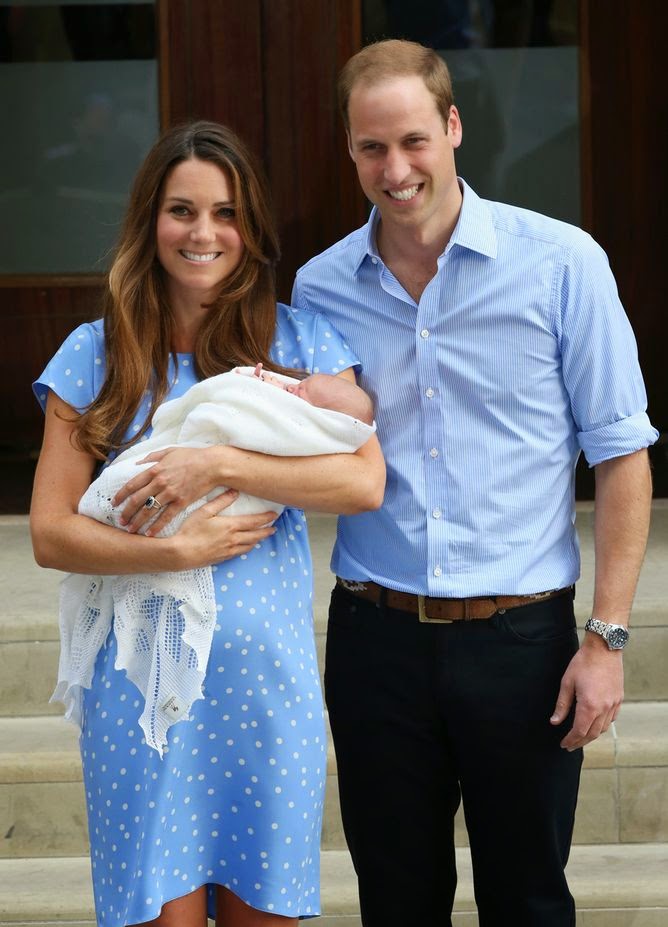 Email ThisBlogThis!Share to TwitterShare to FacebookShare to Pinterest
Labels: Babies, Celebrities, Everyone is talking about, Royals, This Just In, UK