Actress and comedienne Julia Morris was hilarious last night when she inadvertently stole the show with a huge blunder which she deflected in her typical comical fashion. She was hilarious.
While presenting the award for Outstanding Entertainment Program she forgot to read out the nominees and just announced the winner - 'The Voice.'
After the judges from The Voice came to the stage to accept the award, Julia realised her mistake.
“Did I forget to talk about the nominees?” she asked. “It’s live, don’t tell anyone, we can cut it out later.
“We’re going to talk about the nominees later when I’m in really big trouble. It’s just inappropriate to talk about who they are now, isn’t it?” She then decided it wasn’t too late and continued.
“Let’s pretend it hasn’t happened, ladies and gentlemen, the nominees… I wish I had my glasses,” she said as she read out the nominees.
“Come on, why did it have to be me, couldn’t it be someone groovy who did that?”
See the clips here: 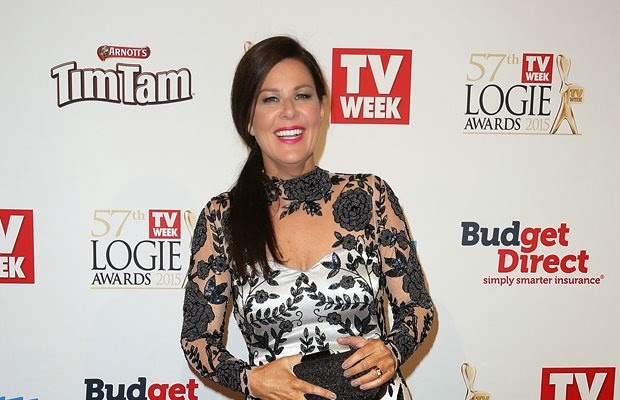 Email ThisBlogThis!Share to TwitterShare to FacebookShare to Pinterest
Labels: Australiana, Everyone is talking about, Fun Stuff, Logies, This Just In, Videos