In TV news just in, the much-talked about TV show 'Married At First Sight', will be coming back for a second season in 2016, it was announced by Channel 9. 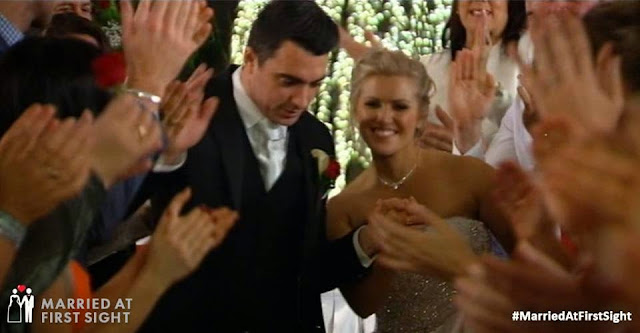 Australia has fallen in love with Married At First Sight Australia and we're excited to announce a second season on Channel 9 in 2016!
We'll keep you updated as to our search for singles to take part in this next series of our ground-breaking social experiment...
‪#‎MarriedAtFirstSight‬
Are you a fan? Did you watch last night? What did you think?
Here is what I thought of the show - click here for my review.
So, how did the first episode rate last night?
According to OzTAM figures, it was the most popular non-news program on Monday night with 1.134 million viewers, narrowly beating Network Ten's MasterChef (1.129 million).
Here are the OzTAM overnight ratings figures:
MONDAY'S MOST WATCHED TV PROGRAMS
1. Nine News (Nine) - 1.275 million

Email ThisBlogThis!Share to TwitterShare to FacebookShare to Pinterest
Labels: Channel Nine, Everyone is talking about, Marriage, Men, Relationships, This Just In, TV, Women