A new season of 'The Bachelorette' has just broadcast in the US, and it's, well, very different for many reasons.

One - it's the first time the show has featured TWO 'Bachelorettes' (yep) vying for the attention (oh dear) of a big group of not-at-all fame hungry guys. 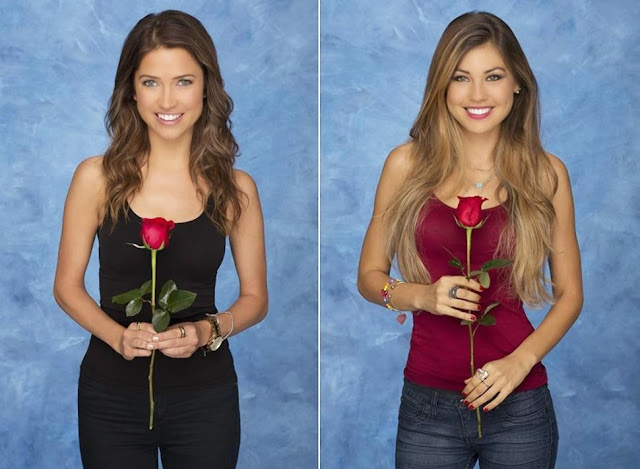 But this season has also has its share of controversies already.

First up, this guy.

Ryan McDill.
The 28-year-old "junkyard specialist" tried to grab on of the girls - Britt Nilsson - on her face for an impromptu smooch and slap the other woman, Kaitlyn Bristowe on the behind, and then he took a drunken dip in the pool, ruined another man's entrance, and then… threatened to "rape" one of his fellow contestants. Jay-sus.

Before things could get even worse, The Bachelorette host and executive producer Chris Harrison asked McDill to leave the mansion and the dating competition series for good.
Less than 24 hours after his humiliating Bachelorette debut, McDill responded to the wave of  bad publicity.
"I wanted to go on [the show] for the experience and everything," McDill told ET. "I wasn’t interested in Kaitlyn, but was interested in Britt. I felt it was obvious Britt wasn’t going to be the one, so I just started being entertaining and got way to drunk started acting crazy and it turned into gold."
"I know people are hating on the rape comment but that was completely taken out of context," McDill said. "Although a poor choice of words, all I meant was that I should have beat him up."
Bachelor fans will recognise Andi Dorfman from her turn as a Bachelorette, and one her suitors (gosh, I can't believe I even used that word) Nick Viall, might be (*definitely will be) coming to the competition to woo the next Bachelorette.
So could we expect to see Viall entering the mansion soon? "If that's true, that would be one of the most dramatic moments ever," Harrison answers, in what is a PR's dream answer.

And then, after the first ep screened in the US, Kaitlyn Bristowe was already being put in the hot seat.
On Tuesday night's episode, viewers saw an extended promo for this season revealed that she slept with one of her suitors weeks before the "fantasy suite" stage of the dating competition.

Bristowe sat with ET's Nancy O'Dell to talk about why she's "not ashamed" of what was caught on the Bachelorette cameras.

"I don’t think that's a crazy thing to sleep with somebody when you're trying to be in a relationship with them," she said. "I'm a 30-year-old woman and I make my own decisions and intimacy to me is a part of every relationship and I don’t know why everyone is so shocked by it. It's 2015."

"I'm an in-the-moment kind of person," she added. "I tried to compartmentalize each relationship and be present with each guy, and some went faster than others and some went slower than others."
"I'm not ashamed of it -- I just regret the timing. But I'm also not afraid to talk about it," she said. "I don’t really have a problem talking about that kind of thing. I think when you're looking for a lifetime partnership, intimacy is obviously a part of that. I think maybe I'm just the first Bachelor or Bachelorette to talk about that on TV."
And the connection with ex-Bachelor Nick? Bristowe's impromptu hook-up was - but we can't really be sure - with Nick. G.A.S.P.
Watch the clip here:


(And Aussie fans, we will keep you in the loop of possible Australian TV broadcast here on this blog).

Email ThisBlogThis!Share to TwitterShare to FacebookShare to Pinterest
Labels: Americana, Controversy, Everyone is talking about, This Just In, TV