In awful news just in mathematician and Nobel Prize winner John Nash, whose life was the subject of the film "A Beautiful Mind," was killed in a taxi crash along with his wife in New Jersey on Saturday.

Nash and Alicia Nash were in a taxi on the New Jersey Turnpike when the driver lost control and crashed into a guard rail, according to New Jersey State Police Sgt. Gregory Williams. Nash was 86; his wife was 82.
Authorities don't believe Nash or his wife were wearing seat belts since they were both ejected from the taxi, said Williams. The couple lived in Princeton, New Jersey.
Read more here. 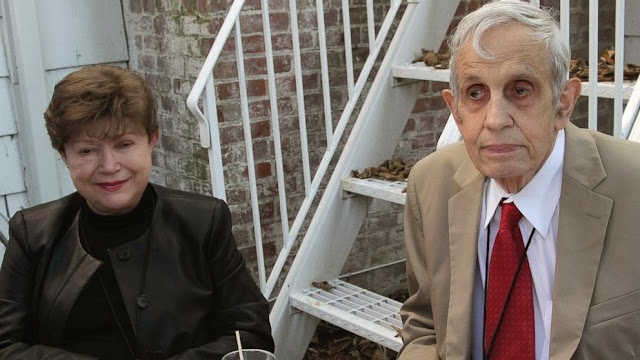 Here is the movie's trailer:

Email ThisBlogThis!Share to TwitterShare to FacebookShare to Pinterest
Labels: Americana, Movies, Sad, This Just In