When Twitter notifications alerts you to news, you listen.

Turns out: it's an acronym for: President of The United Stated of America.

Yep. The Pres of the US of A has joined Twitter, finally! Here is his first tweet and his profile pic: 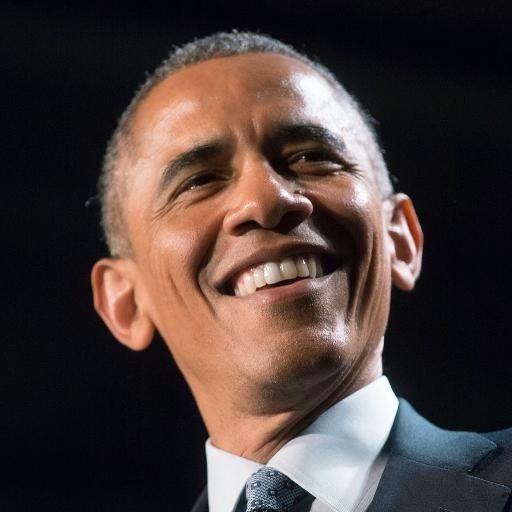 Now, you may think: hang on, he has interacted on Twitter before. Yes, he has - via the president's official feed, run by Organizing for Action staff, which has 59.3m followers.

The account - @BarackObama - was launched in 2007, and the president initials tweets he writes himself with the letters BO.
"The @POTUS Twitter account will serve as a new way for President Obama to engage directly with the American people, with tweets coming exclusively from him," reads an entry on the White House website blog.
"President Obama is committed to making his Administration the most open and participatory in history, and @POTUS will give Americans a new venue to engage on the issues that matter most to them."
President Obama is currently following 65 people, including Bill Clinton, George Bush and @FLOTUS, the First Lady's account - but not Hillary Clinton or UK Prime Minister David Cameron. Yet.
Here is his wife Michelle's first tweet to him:

Gosh, it's funny to watch people's replies underneath her tweet. Yo, it's all 'queen' and 'goals.'
Similarly, Michelle's Twitter account is @michelleobama while her First Lady account is at @FLOTUS (First Lady Of The United States).
And Bill Clinton cheekily asked a question for 'a friend' (his wife Hillary Clinton, who announced she is running for the top job as US president):

Welcome to @Twitter, @POTUS! One question: Does that username stay with the office? #askingforafriend
— Bill Clinton (@billclinton) May 18, 2015

To which Obama replied:

Good question, @billclinton. The handle comes with the house. Know anyone interested in @FLOTUS?
— President Obama (@POTUS) May 18, 2015

Email ThisBlogThis!Share to TwitterShare to FacebookShare to Pinterest
Labels: Americana, Everyone is talking about, Social Media, This Just In, Twitter