'Keeping Up With the Kardashians: About Bruce': TV Special

After the recent, hugely talked about TV special by Diane Sawyer, her interview with Bruce Jenner, where he revealed what was widely tipped for months, that he is transgender, E! will soon air a two-part special, 'Keeping Up With the Kardashians: About Bruce'. The news was announced on NBC's 'Today' show in the US. Last month, Bruce told the world, "For all intents and purposes, I am a woman."

Here is a preview, where Bruce's former wife Kris Jenner breaks down while speaking to daughter Kim:

The two-part special will reveal intimate conversations that Bruce had with his famous family, in which they discussed his transition. The specials will also show each family member's struggle to process their own feelings as they all work through hearing from Bruce directly about finally living life as the person he has always known himself to be. 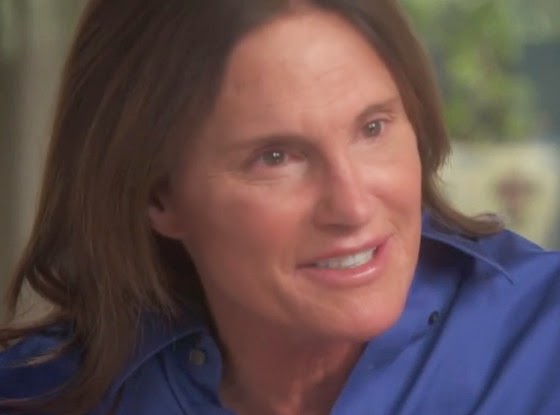 As is referred to in the interview, at this time Bruce Jenner is choosing to not live publicly in the media as a woman and will be referred to as Bruce Jenner and with male pronouns until he specifies otherwise.

The two-part special also includes family home video footage that will show viewers and the family of the special times they spent with Bruce as a father, husband and friend, and serves as inspiration for the memories they will create as Bruce lives his "new normal."

Bruce has said Kim has been the "most accepting" of his transition.

He recounts how Kim came around after her husband Kanye West told her a story that she later repeated to her stepdad. "He says to Kim, 'Look, I can be married to the most beautiful woman in the world, and I am. I can have the most beautiful daughter in the world, and I have that. But I'm nothing if I can't be me. If I can't be true to myself, it doesn't mean anything.'"

In a previous interview with Matt Lauer for US 'Today', Kim said that while "there is still an adjustment" to Bruce's transition, they "all really support him." She added, "Bruce wants us to feel as comfortable as possible and take everything at our own pace, and we love him for that, and we respect him for that."

In addition to the two-part special, E! will also air an eight-episode documentary series chronicling Bruce's new life as a transgender woman. The first episode of the currently-untitled series will debut (US date and time) on July 26 at 9 p.m.
Posted by Josie at 01:32

Email ThisBlogThis!Share to TwitterShare to FacebookShare to Pinterest
Labels: Americana, Celebrities, Everyone is talking about, Kardashians, This Just In