The famous 'douze' points - when the host or spokesperson states the top score in French during Eurovision Song Contest voting procedure - is legendary, and nearly as eccentric as the performances. Nearly.

Viewers in countries of participating broadcasters, including Australia, are invited to vote for their favourite songs in the Eurovision Semi-finals and Grand Final by televoting, which makes up 50% of the total vote.

The other 50% of the vote is decided by a National Jury in each participating country. Each jury comprises of a rag tag team of respected local music/entertainment figures with extensive experience in the industry and, of course, a passion for all things Eurovision.*

Australia – meet your 2015 Eurovision Jury, charged with the glamorous task of finding performers guilty of pop perfection … or of being criminally bad:

Amanda Pelman (Chair)
Amanda has a distinguished career in Australian music. She has worked at record labels where she signed a young Kylie Minogue, cast leading musicals (Priscilla Queen of the Desert), produced live events (Long Way to the Top) and judged music television programs (It Takes Two). 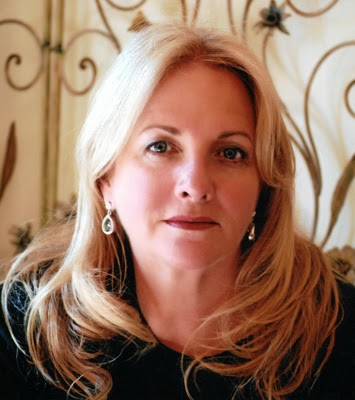 “All the Artists who appear on Eurovision are totally unique - not just in displaying the nuances of their specific nationalities, but in getting a grip on the ART of show business. Everything is over the top and fun filled. I wish the music industry would embrace more of this humour and joie de vie!"

Richard Wilkins
A trained violinist Richard is known as a television/radio host (Channel 9’s Today; Smooth FM) and performer (Grease: The Arena Spectacular). With 27 years in the Australian music and television industry he is a Member of the Order of Australia for services to the community through the entertainment industry.

“What’s not to love about Eurovision? I’m deeply honoured to be part of the Australian jury. Just a shame we can’t vote for Guy. But tell your rellies in Europe to vote 1 Australia!”
Danielle Spencer
Danielle began singing and learning piano at aged 4. As an adult she worked in film, television and theatre before releasing her debut album White Monkey in 2001. She toured internationally after the release of her second album in 2010 and is currently working on a new album. 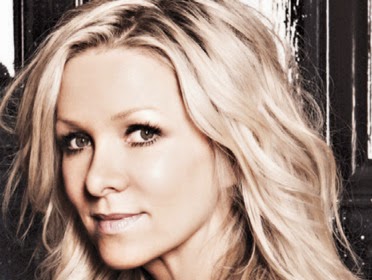 “As someone with a passion for music and performance, I’m thrilled to be part of a jury that assesses some of the world’s best performers on our biggest stage. It’s exciting to be part of Australia’s debut at Eurovision, and I’m sure Guy Sebastian will do us all proud. I can’t wait to see what the acts have in store for us and to hopefully discover the next ABBA or Conchita with my fellow jurors”. 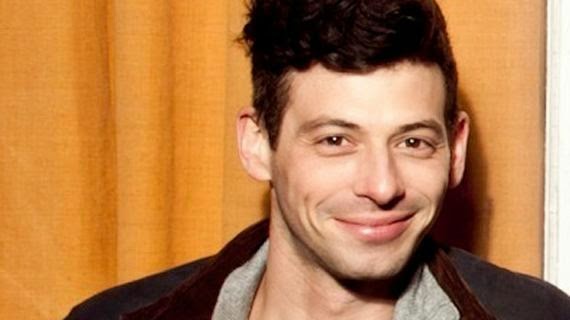 “From being in a band people thought was weird enough to compete in Eurovision, to actually being officially asked to judge Eurovision for Australia, it's been a dizzying and completely unexpected ride so far.”
Ash London
An MTV addict growing up, Ash has lived and breathed pop music since she first saw Britney cartwheel down the corridor in ‘Baby One More Time’. Since then, she’s spent majority of her 20s bringing pop music into the ears of Aussies on TV and radio as host of Take 40, The Loop and Shazam Top 20. 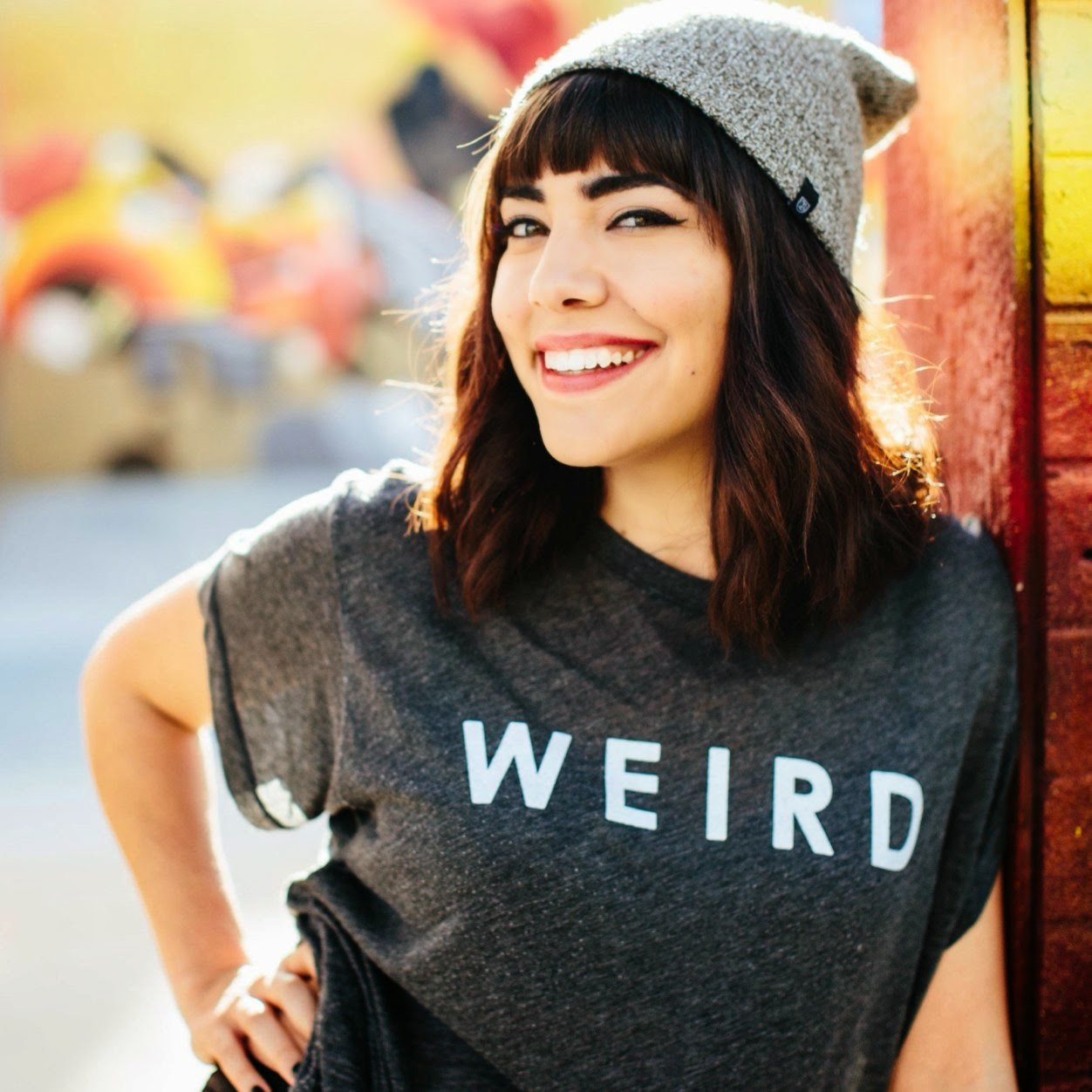 “From the tap dance shows in my living room, to my lifelong obsession with neon spandex and a deep seated love of show tunes, I feel as though my whole life has been working towards this point. What an honour to be involved in Australia's first ever shot at Eurovision glory!”

"SBS is delighted to have so many well respected music and industry figures joining us on this incredible Eurovision ride as we compete in the contest for the first time. Amanda, Richard, Mark, Jake and Danielle each bring extensive knowledge and enthusiasm to the table and I’m confident that this 50 per cent of Australia's vote is in very safe hands."

Jury members and public voters can’t vote for their own countries, but there are plenty of other brilliant acts alongside our beloved Guy Sebastian.

Will the jurors embrace Armenia’s supergroup (including Australian Mary-Jean O’Doherty, an international coloratura soprano of Armenian ancestry)? Will Slovenia’s air violin playing singer Maraaya cause division in the voting room? Or will reigning champs Austria get a unanimous thumbs up with their slick rock entry, The Makemakes?

Both semi-finals will be shown in full on SBS ONE on Friday May 22 and Saturday May 23 from 7:30pm. The Grand Final featuring multi-talented singer and ARIA Award winner Guy Sebastian will screen on Sunday May 24 from 7:30pm.

SBS will broadcast both semi-finals and the Grand Final live on Wednesday May 20, Friday May 22 and Sunday morning May 24 from 5am.

Australians will be able to vote in the contest in the early broadcast and then join in the conversation using the hashtag #sbseurovision during the interactive evening prime-time broadcasts with tweets and party pictures on screen. The prime time broadcast will feature artist interviews, and behind the scenes clips with Australia's Eurovision hosts for SBS, Julia Zemiro and Sam Pang. 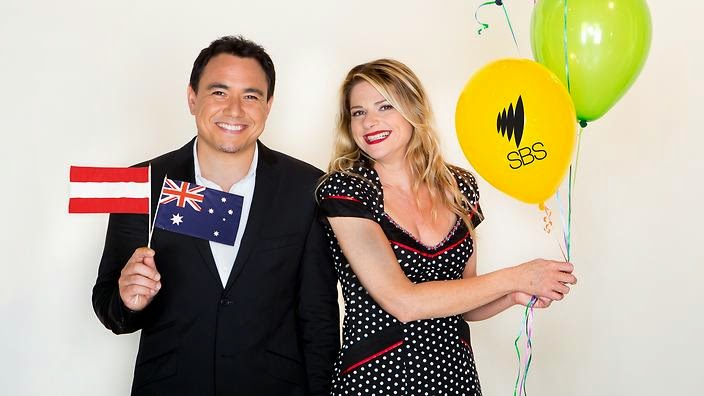 SBS will announce Australia’s Eurovision Spokesperson, who will deliver Australia’s votes during the live broadcast on Monday 18 May.

*The Eurovision Jury was selected by SBS and had to meet the criteria set out by the EBU.
Posted by Josie at 22:19