The "King of the Blues" guitarist and singer BB King has died, aged 89.

Renowned for his hits Lucille, Sweet Black Angel and Rock Me Baby, he died in his sleep in Las Vegas.
The Mississippi native began performing in the 1940s - and has gone on to influence a generation of musicians, and has worked with Eric Clapton and U2.
Once ranked as the third greatest guitarist of all time (Rolling Stone magazine placed him behind only Jimi Hendrix and Duane Allman in its list of the 100 greatest guitarists of all time), he had been suffering ill health in the past few months, and he was recently taken to hospital with a diabetes-related illness.
King was awarded his 15th Grammy award in 2009 for his album One Kind Favor, and was inducted into both the Blues Foundation Hall of Fame and the Rock and Roll Hall of Fame.
Until recently, BB King performed at least 100 concerts a year.
His career was reignited in the late 1980s when he duetted with U2 on When Love Comes To Town: 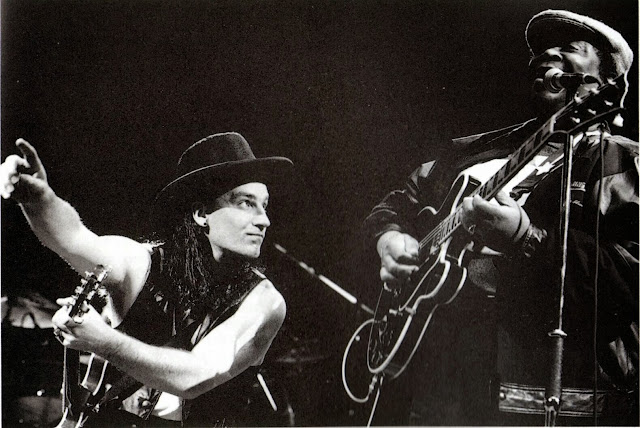