The Duke and Duchess of Cambridge have introduced their daughter to the world, as they left hospital to take her home to Kensington Palace.

The princess, whose name has yet to be announced, was sleeping an snug as a bug in a rug in her mother's arms during her first public appearance outside St Mary's Hospital, in London.
The princess - fourth in line to the throne - was delivered at 08:34 BST on Saturday after a short labour.
The Duke of Cambridge was present for the birth of the 8lbs 3oz (3.7kg) baby.
The Duchess - out SO quick from hospital!

So, what will she be named?

Alice is the favourite with several bookmakers. Charlotte, Elizabeth and Diana have also been popular with punters.
Prince George's name was announced two days after his birth, which is a relatively quick turnaround compared with previous royal babies.
It was seven days before the name of Prince William was announced in 1982, and there was month-long following Prince Charles's birth in 1948.
(All photos and video: BBC) 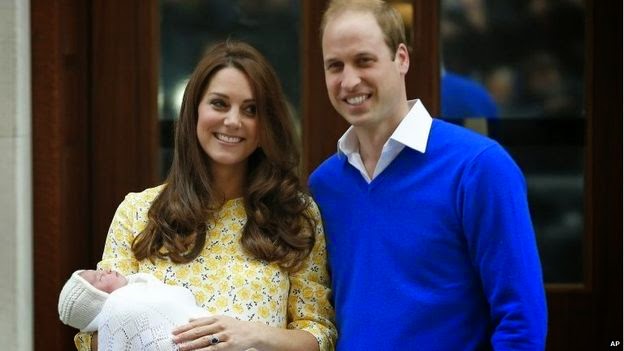 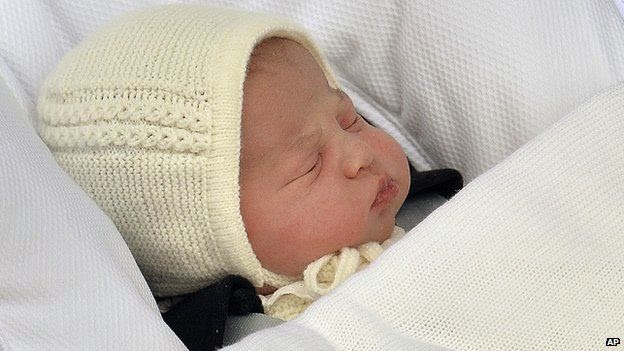 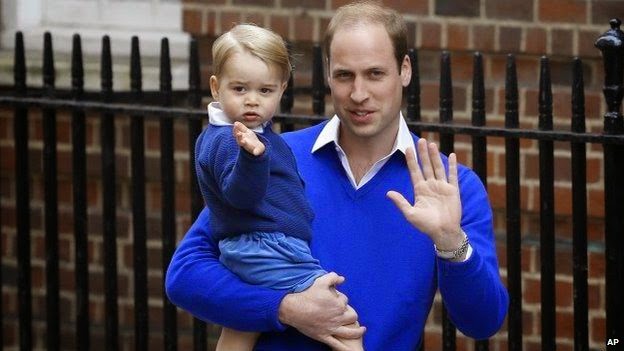