It's officially, definitely over for Bachelor Blake Garvey and Sam Frost - Channel Ten has just confirmed it in a statement following last night's finale. This comes after whispers this morning, even a text from an anonymous source to radio's Jackie O. See that here. Also below, Sam speaks for the first time. Click here for that. First, the statement from Ten:

“Network Ten can confirm that Blake and Sam have sadly ended their engagement," the statement begins, citing a change of heart by the Bachelor himself as the reason.

"When Blake proposed to Sam in South Africa, he did so because he had genuinely fallen in love with her. He was excited to start a life with Sam and was very much looking forward to their future together”, the statement reads.

“Unfortunately, not all relationships are meant to be, and feelings invariably change. Once Blake returned to his everyday life, he realised that they both wanted different things from a relationship and had different priorities. Blake has the greatest love and respect for Sam, but has made the difficult decision to end the relationship.”


They have also just posted this on social media: 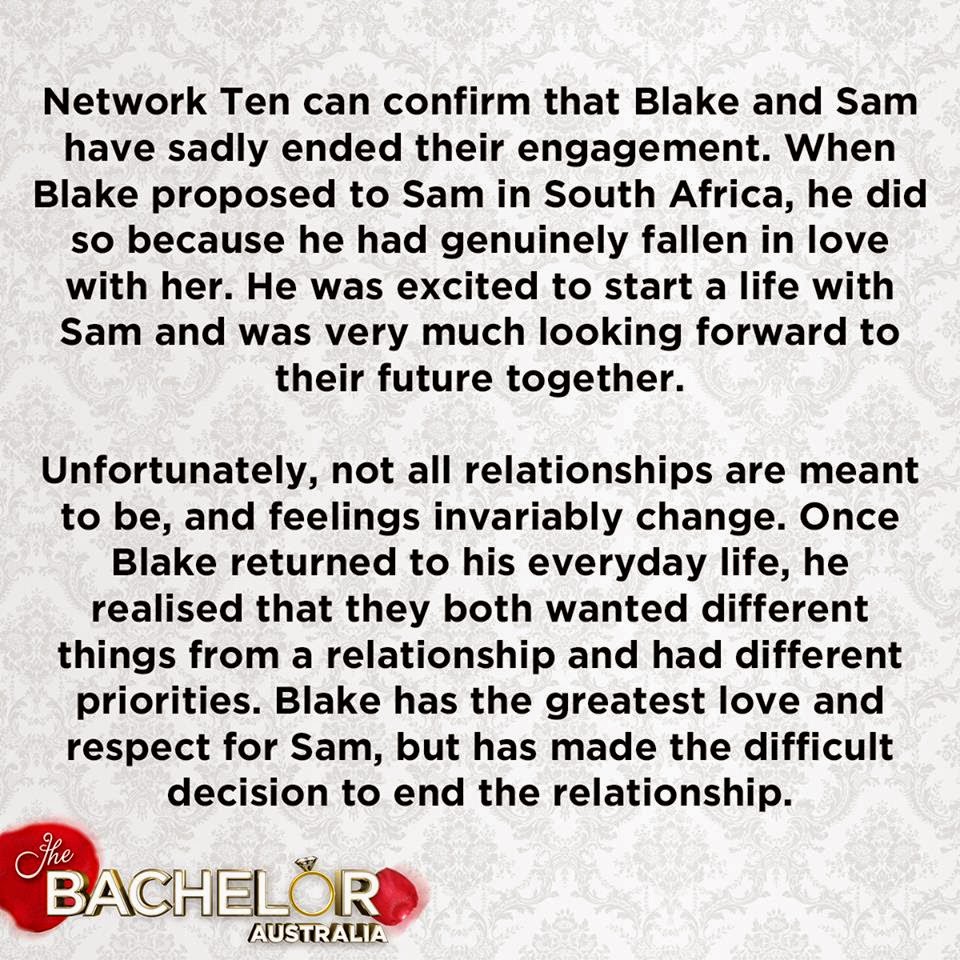 This shock news of a split comes less than 24 hours after the finale, which aired last night, in which Blake popped the question to Melbourne girl, Sam Frost.
So what went wrong? While it's not entirely certain yet about who is to blame and what happened, a source told Jackie O from KIIS FM has revealed that Sam lost trust in Blake while watching the final few episodes of the show, during which he got close to several finalists. Jackie O later shared an anonymous text she received from an inside source on the show:

Email ThisBlogThis!Share to TwitterShare to FacebookShare to Pinterest
Labels: Australiana, Cult TV, Everyone is talking about, Reality TV, This Just In