Facebook gave me a virtual slap on the wrist for posting this nudie shot, below.

So now, I have the un-pixelated version here for you (and the logo-ed up version on my social media pages).

This man dropped his daks and underdaks from sheer excitement: 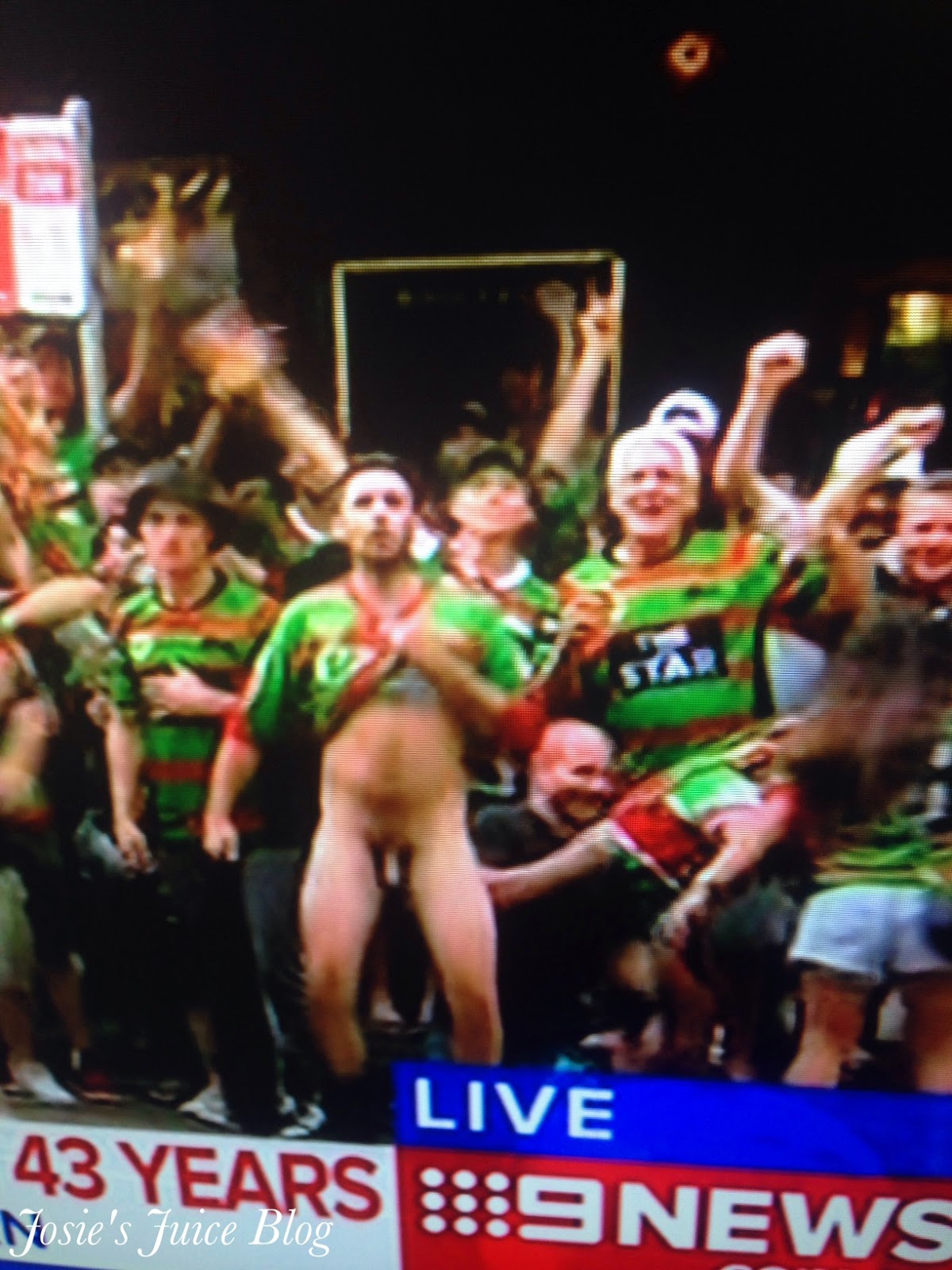 Tom was very quick to apologies on Twitter. Bless, not his fault someone was keen to show his peen...

Soooooo, the perils of live TV.....apologies for that nudity in my live cross just then
— Tom Steinfort (@tomsteinfort) October 6, 2014

Email ThisBlogThis!Share to TwitterShare to FacebookShare to Pinterest
Labels: Australiana, Everyone is talking about, Humour, News, Sport, This Just In