Did you read what Blake Garvey said during Carrie Bickmore's exclusive interview for 'The Project'?

And now, what did Sam Frost say?

Aren't you lucky I transcribed it all for you, below: 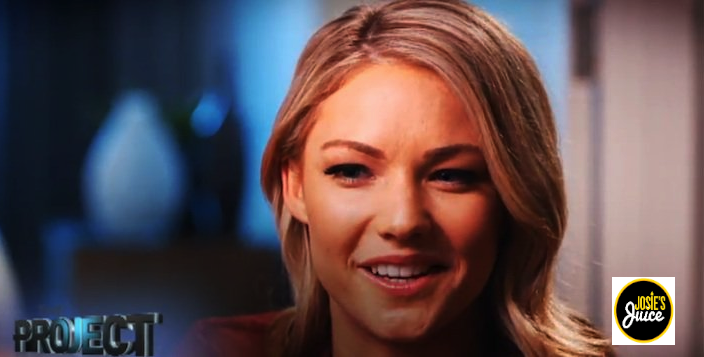 On whether Sam expected Blake's proposal:“I was not expecting him to propose at all. I was really excited and happy, but realistically I was like, ‘Really, you want to propose? Okay.'”

On Blake saying that she was the love of his life:“Yep, that’s what came out of his mouth. I’m quite confused, to be honest. I thought that the time it felt very real and natural. I dunno, I feel a bit played a little bit.”

“After South Africa when he proposed to me, we stayed there for a couple of nights. And he was just a bit, you know… a bit emotional and a bit upset, so I just let him have his time and distance. And we were more like friends.

“We actually haven’t even hung out as a couple and given it a shot. He actually just dusted off his hands and said it’s done. And I’m like, ‘What’s done? You haven’t even tried.'"

On Blake calling off the engagement:

“I am so annoyed that he proposed and that’s what I said to him. When he called it off, I said ‘How dare you propose to me? How dare you take that moment away from me? Because I want to be engaged once and get married once and I want to believe in it and I feel like he kind of took that away from me, and if he wasn’t sure we could have just had a crack at having a relationship but instead he made me feel like this was actually going to happen.

“I was very sad when he told me. I cried for a long time, and then I was angry I was like, what the hell was that? And even watching the episodes and listening to him say, 'I want a life partner'. What a load of rubbish!”

On whether Blake broke the engagement off because there is someone else:“I hope not, I really hope not. I dunno, that’s a question for Blake but yeah, that would make it a thousand times worse.”

On what happens to the engagement ring:

“Well, Bunda (the brand supplying Blake's engagement ring) has said that they’ll redesign it so I can still wear it.”

On whether she still loves Blake:

“Ummm, I think I feel quite numb about him at the moment. I can watch the show… and I just kind of go, ‘What a jackass’.”

Email ThisBlogThis!Share to TwitterShare to FacebookShare to Pinterest
Labels: Australiana, every, Men, This Just In, Women