I really enjoyed this interview this morning, for many reasons. 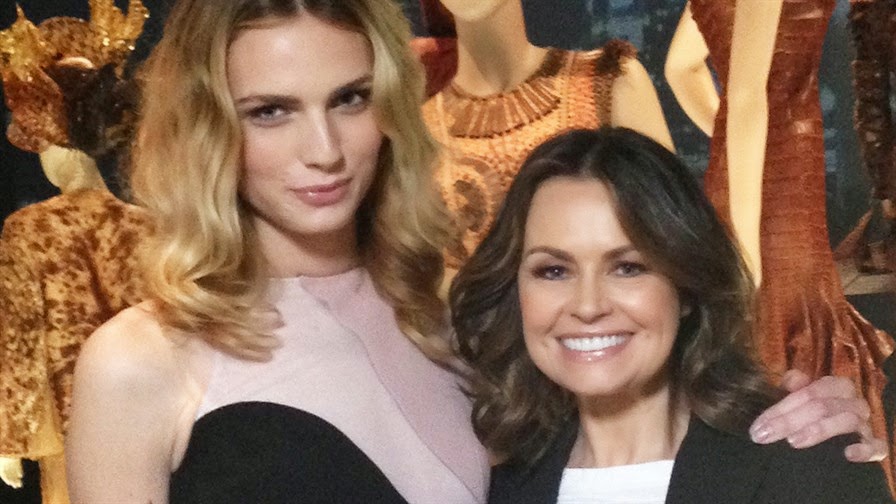 
“I’ve always believed I’ve had a female identity it just took me 23 years to live the life I’ve always wanted” she said.

“When I was 14, I came out to my mum [about my sexuality] and I never looked back. I felt like I was disappointing her, but she’s a mother who loves her children.”
Shortly after her seventeenth birthday, Pejić was discovered while working at McDonald’s.
“This guy came in – he wanted a cheeseburger. He then gave me his card and told me to see him at his modelling agency.”
Andreja shot to fame when Gaultier chose her to walk in both his men’s and women’s shows in 2011.
“I feel more like myself than ever, I feel very happy to be back in my hometown," she told Lisa, having flown into Melbourne yesterday to surprise Gaultier on the eve of the opening of his glamour exhibition at the National Gallery of Victoria.
“My transition has allowed me to live a truthful life and achieve my dreams. It feels good”
She adds: “I hope to keep modelling for as long as I can, I would live to study at university. I would love to inspire people." And falling in love is part of that new life.
“That would be nice too” she tell Lisa. “I would love to get married, and have kids. I’ve always wanted to be a mother.”
Andreja, was born Andrej in Tuzla, Bosnia, but fled the country with her brother, mother and grandmother during the Bosnian War.

After the 1999 NATO bombing of Serbia, Pejić's mother felt unsafe and decided to begin the process of emigration to Australia. They settled in Melbourne in 2000.
And now, Andreja is hoping to crowdfund a documentary about her transition.


Check out her Kickstarter campaign here and watch the trailer below: