The address by Senator Nova Peris to the Senate just took place. And it was powerful and kinda gripping.

Much was said, and a transcript is to come.

These very powerful, emotionally-charged words were delivered by Nova right at the end:

"There are three things guaranteed in life:

We will all die at some stage.

Each day the sun will set.

And it will rise again tomorrow. Today is just one of those days."

What did you think of it all?

"I categorically reject any wrongdoing. I have done nothing wrong.

"It pains me to talk about my private life, but the publication of these emails is part of a long-running, and very difficult child-access and financial estate dispute."

Senator Peris would yesterday neither confirm nor deny the emails were authentic, saying they were private and “it appears they were not lawfully obtained by a third party”.

She denied any wrongdoing but refused to answer further questions about the funding allegations or racial comments.
Senator Nova Peris made this emotional statement in response to her alleged affair with fellow Olympian, Trinidadian sprinter Ato Boldon.
The Labor senator  also asked federal police to investigate the leaking of private emails that led to allegations she sought taxpayer funding for her 'secret lover', and sent him ­racially charged emails claiming white Australians “hate black people”.
Email excerpts published by the NT News (read the full, original story here) contain claims that “white people hate black people in this country” and “white men can’t control black women they think they can but can’t”.
Addressing the allegations that Peris referred to Cathy Freeman as "so, so dumb", she responded:
"I have spoken in person to Cathy Freeman. Our friendship remains strong, and we will continue to support each other." 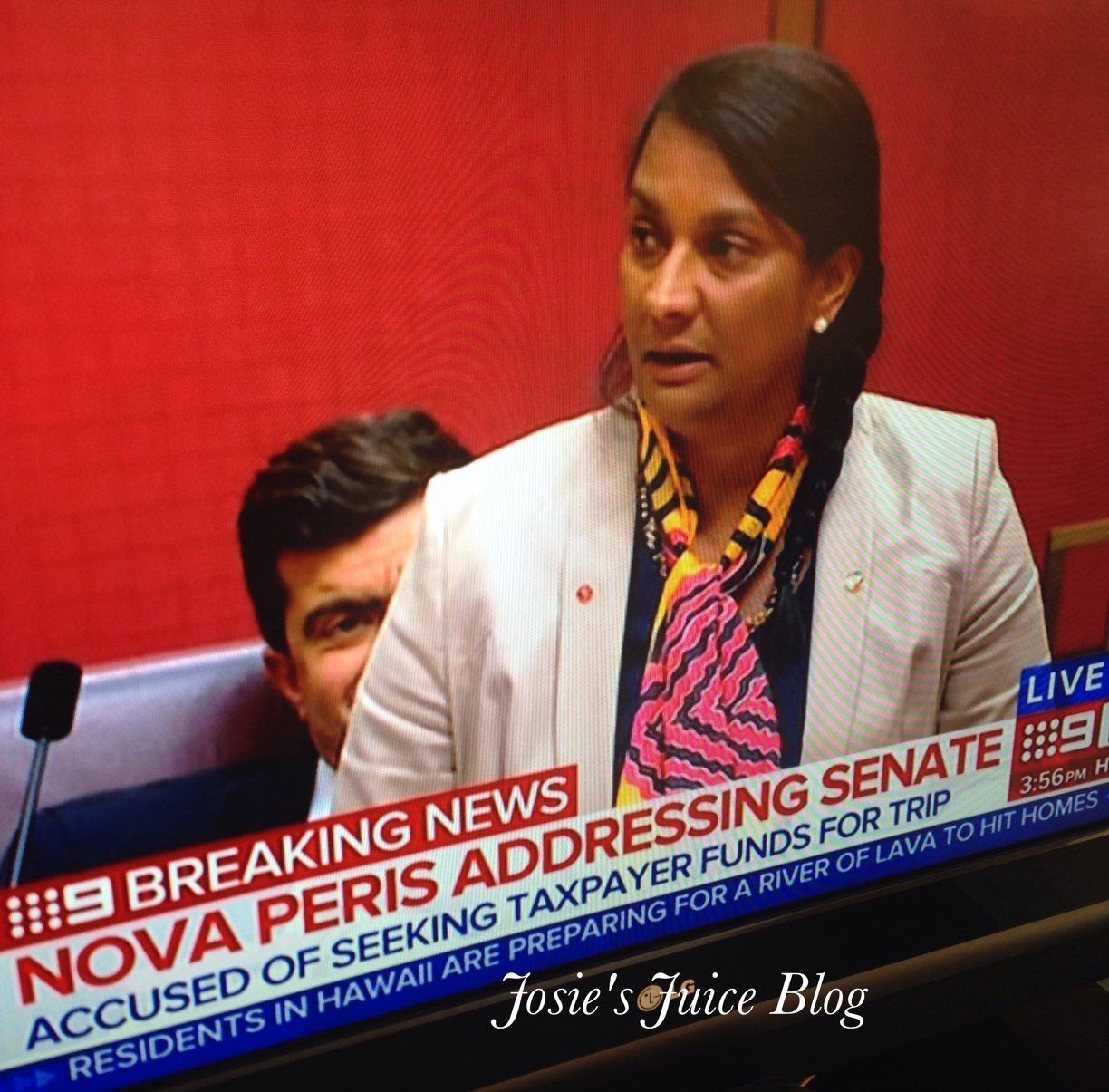 Email ThisBlogThis!Share to TwitterShare to FacebookShare to Pinterest
Labels: Australiana, Controversy, Everyone is talking about, Politics, This Just In