“If I could put one word on my journey over the last couple of years it would definitely be ‘turbulent'” - Karise Eden.

The young singer who famously won the first series of Channel Nine’s talent show 'The Voice' Australia is finally revealing why she stepped away from the spotlight in the aftermath of her triumph, in next week's episode on 'Australian Story.'

Here is a trailer, introduced by fellow 'The Voice' alumni Darren Percival:

More than three million viewers watched Karise win the first ever 'The Voice' Australia title in 2012.

One week later: Karise had four songs in the top five ARIA singles chart, the first artist to achieve that since The Beatles in 1964. This was her first interview post-win, with Channel Nine reporter Chris Urquhart.

But her national tour, a few months later, was cancelled after just four performances.

Now, the 22 year old singer is giving one, and only one media interview to explain what happened.

In this exclusive with 'Australian Story', Karise says she suffered a complete physical and mental breakdown.

“It’s been a huge secret. This will probably be the first time I’ve spoken out. Only my close family and friends are aware of truly what happened,” she told the program.

“Shut up and listen to me. I’m falling off, come and get me.”

Says Colleen Ward, Karise's friend: “Once she won, everybody was wanting her.  She was the person of the moment.  She was being pushed and pulled.”

Adds Jimmy Foster, her sound engineer: “It left people wondering what happened to her.  Was she okay?  Where was she?  What was going on?  This amazing voice we’d heard had vanished.”

In the in-depth and frank interview with 'Australian Story', she also talks about her difficult teenage years after being made a ward of the state at age 13 and living in a series of refuges.

After learning to play the guitar, she discovered that she had a big singing voice and started performing in local clubs and festivals.

Three years after winning The Voice Karise says she is finally ready to step back into the limelight.

She has a new album of original songs coming out, and… a new baby on the way! She is seven months pregnant and due at the end of this year.

Karise says she is now emotionally ready to take on the pressures of a music career in the public eye.

Her new song Dynamite is below, and the cover art is here too: 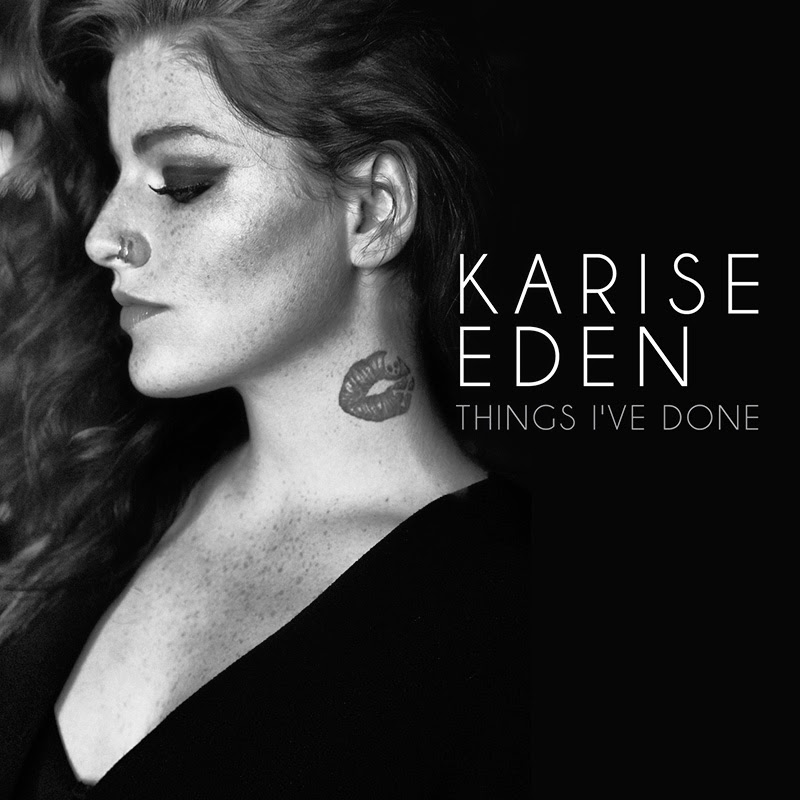 And: that dramatic moment when all four judges on 'The Voice' turned their chairs before Karise had even finished the first line of her first song… it's here. You must watch it again. She is fantastic:

'Vanishing Act' - the story of Karise Eden will screen on 'Australian Story' on Monday October 13, 8pm on ABC.
Posted by Josie at 23:09

Email ThisBlogThis!Share to TwitterShare to FacebookShare to Pinterest
Labels: ABC TV, Australiana, Music, This Just In