Blake and Sam Split: 'The Bachelor'

KIIS radio and Kyle and Jackie O is reporting that Blake and Sam have split.

If you're a fan of 'The Bachelor' Australia this will need no preface!

Last night, the final episode of the Bachelor aired, with Blake dropping to one knee and proposing to bachelorette Sam Frost.

An anonymous producer from the show has texted Jackie O to confirm that the couple has broken up. Why has this happened?

KIIS is reporting that Sam has been watching the final episodes, and she said she felt betrayed that he had said the same things to the other girls in the lead up to choosing her.

It seems the two only broke up recently as in this Instagram post from three weeks ago, Sam is still seen to be wearing the engagement ring.


A caller phoned in to say the two broke up on Saturday.


We spent the days running a muck around the house, rolling on the ground laughing until we cried, filming ourselves doing stupid shit on the iPad... Oh man, I couldn't be happier to be here in this moment with you@lisa_m_hyde ❤️ xxxx #sampleasestoppouting #thinkofthechildrenFollowing


This was the proposal last night: 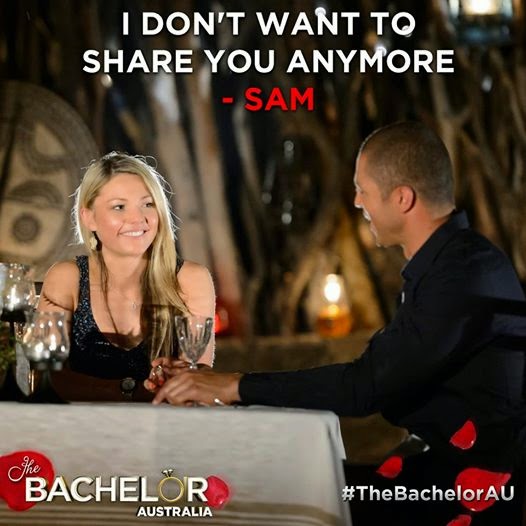 Email ThisBlogThis!Share to TwitterShare to FacebookShare to Pinterest
Labels: Australiana, Everyone is talking about, This Just In