If you've been following the (actual) trials and tribulations of 'The Real Housewives of New Jersey', you'll know that Teresa and Joe Giudice have both been sentenced to prison sentences, to be served staggered: first Teresa for 15 months, and then Joe for 41 months.

Joe then faces the very real prospect of deportation back to his homeland in Italy.

Here are both parts, in full, of the chat they had with Andy Cohen (who is also a producer of RHONJ) and the couple, on his show 'What What Happens Live', which screened in Australia on the same channel as the show (Arena, on Foxtel):

'The Real Housewives of New Jersey' screens each Sunday night at 8.30pm, on Arena, on Foxtel. Repeat screen throughout the week and on Arena + 2 channel. 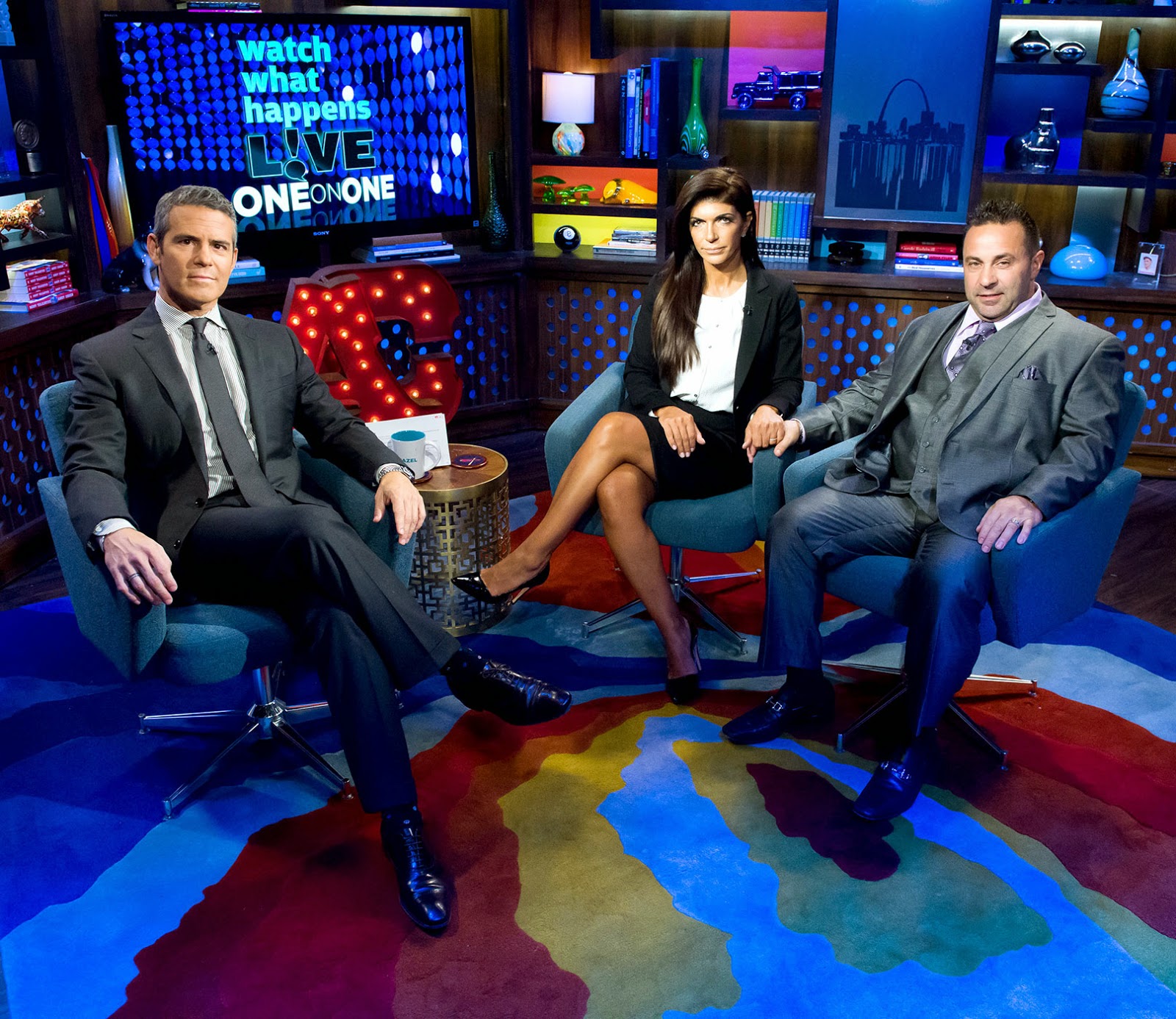 Email ThisBlogThis!Share to TwitterShare to FacebookShare to Pinterest
Labels: Americana, Controversy, Everyone is talking about, Reality TV, This Just In