Carrie Bickmore has announced her pregnancy on the 'The Project' tonight… straight after reading a news story on Princess Charlotte and Prince Albert of Monaco expecting twins.

"Well speaking of babies, I have some news for you tonight .. I am having a baby," Carrie told the audience during Wednesday's broadcast of 'The Project'.

"My boyfriend Chris and I are expecting a baby next year."

Here is what was posted on Twitter soon after:


Well, that wasn't on the rundown! Breaking news and congratulations on Baby #2, @BickmoreCarrie! #theprojecttv
— The Project (@theprojecttv) October 8, 2014


Carrie Bickmore is mum to Oliver, 6, from her marriage with Greg Lange, who passed away in 2010 following a 10-year battle with cancer.

The 33 year old has been in a relationship with Chris Walker, pictured below, a former producer on 'The Project', for more than two years. 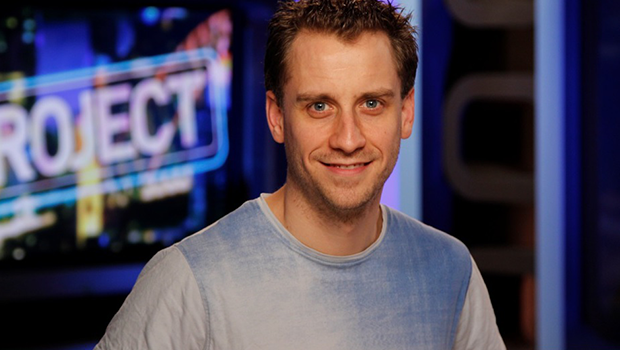 She said Oliver is "stoked" to be welcoming a new sibling.
You could see the announcement came as a genuine surprise to her co-hosts for the night Matt Doran, Peter Helliar and Steve Price, who later presented Bickmore with a bunch of flowers.
"That was genuine surprise from us because none of us had any idea," Matt said.

I am a big, big fan of Carrie. A straight shooter, an absolute pro, and has reduced me to tears many, many times when she connects with highly emotional stories she talks about on the show. That woman is all heart, you can absolutely see it. I wish her all the very best with the new addition to her little family.
Posted by Josie at 23:00

Email ThisBlogThis!Share to TwitterShare to FacebookShare to Pinterest
Labels: Australiana, Babies, Celebrities, Channel Ten, Everyone is talking about, This Just In, TV, Women