If you love interior design, anything reno-related or home-y or decorating, if architecture turns you on, and you dream about paint swatches, and throw pillow and floor rugs, or just want to be inspired by any of the above, this event and comp is for you!

The 'Grand Designs Live Home Show' is back in Sydney and Melbourne and, thanks to the event, Josie's Juice has 10 x double passes in both Sydney and Melbourne on offer, with tickets valued at $29.50 each, and are valid for one day over the three days - the winner can pick whatever day they wish to attend!

Scroll down for more, but first, more about the show!

Drawing inspiration from the popular TV series, Grand Designs Live Home Show is the ultimate home show if you are looking for ideas and inspiration for all areas of your home. Whether the focus is small spaces or complete overhauls, you’ll find the best ideas and advice, meet your favourite TV celebrity experts and have the chance to chat to exhibitors whilst discovering a vast array of unique and attractive products and services, all under one roof! 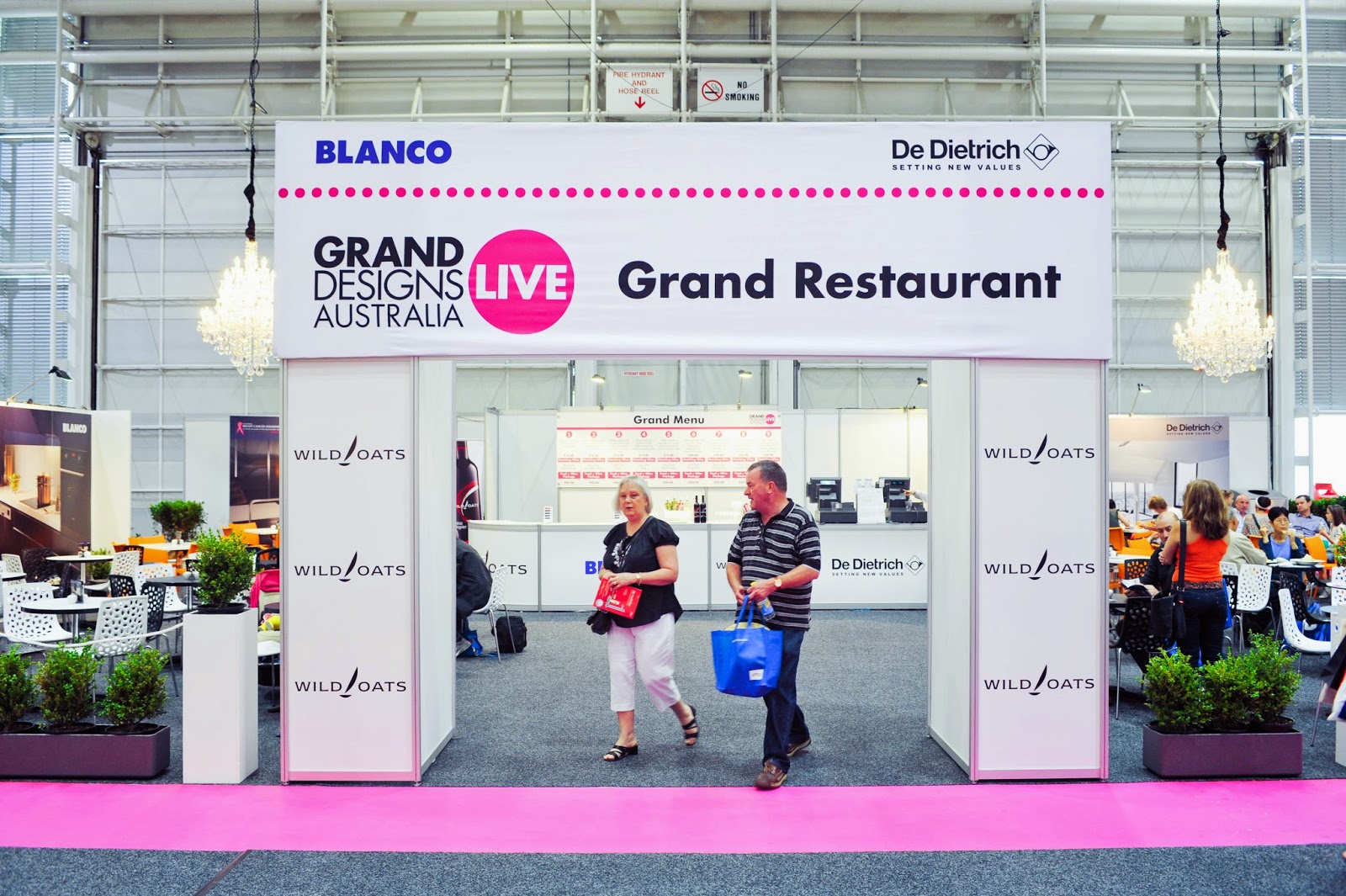 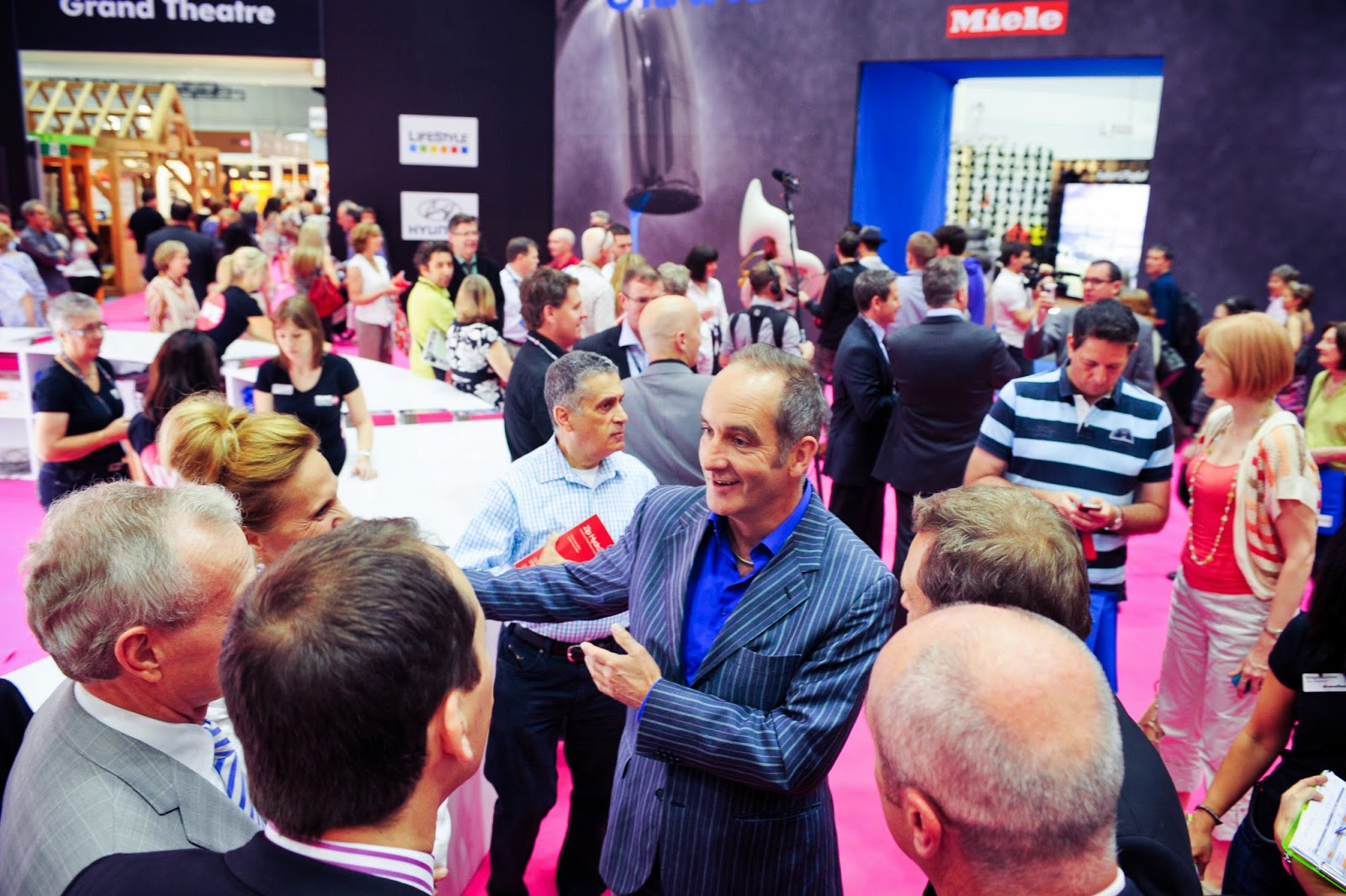 At Grand Designs Live you will discover areas dedicated to building, interiors, kitchens and bathrooms, outdoors and technology, as well as have the chance to explore the ‘Design Arcade’ new to Grand Designs Live for 2014. The Design Arcade is a dedicated area where visitors can shop for home ware products from Australia’s talented up-and-coming designers.

All of your favourite faces from The LifeStyle Channel, including, Kevin McCloud (Grand Designs) and Peter Maddison (Grand Designs Australia), Andrew Winter, Shaynna Blaze and Charlie Albone (Selling Houses Australia), Veronica Morgan, Bryce Holdaway (Location Location Location Australia) will be at both the Sydney and Melbourne Grand Designs Live Home Shows. Each will be hosting various talks and presentations in the Grand Theatre, brought to you by The LifeStyle Channel.

With more than 200 exhibitors at Grand Designs Live, you are guaranteed to find exactly what you need and be able to use the expertise of the exhibitors to further enhance your domestic spaces – because you should never underestimate the endless possibilities for your home, big or small!

From stylish tapware to granite benchtops, garden furniture to designer kitchens - it’s a home renovator’s dream. In addition, Grand Designs Live 2014 will be focusing on small spaces. No matter what the size of your home or your room, there will be many tips and tricks from smart design to clever storage to selecting colour options effectively, so you can walk away bursting with inspiration and ready to create your ideal home environment.

What: Grand Designs Live Home Show offers all you need to take your home build, renovation or makeover to the next level no matter how big or small your space is.


Cost: Tickets on sale NOW. Pre-book to save 30%. Please refer to www.granddesignslive.com.au for further details


How to get there: To make your journey to Grand Designs Live hassle free, complimentary special event transport will provide easy access to Sydney Exhibition Centre @ Glebe Island on exhibition event days.

What: Grand Designs Live Home Show offers all you need to take your home build, renovation or decoration to the next level no matter how big or small your space is.


Cost: Tickets on sale NOW. Pre-book to save 30%. Refer to www.granddesignslive.com.au for further details.

How to get there (Melbourne):

About Kevin:
Kevin McCloud is best known for the internationally acclaimed series Grand Designs, which has been running on Britain’s Channel 4 for 15 years. It is now shown around the world, and the accompanying magazine and Grand Designs Live exhibitions reach an ever bigger audience each year. Kevin broadcasts extensively about design and architecture and has written several books and articles. He now also champions sustainable development, context, the historic environment and ecological construction. He believes that the best architecture relates to where it is, as much as who it’s for.

More about Peter:
Peter is a highly esteemed, multi award-winning Australian architect with a passion for progressive design and founded his award-winning architectural practice in 1989. Peter’s sophisticated style, knowledge of Australian architecture and ease in front of a camera saw him selected as Host of Grand Designs Australia in 2009. This program, a phenomenon in Great Britain, took off in Australia, and attracts over 2 million viewers each season. In December 2014 Peter will be conferred the honour of Doctor of Design (Honoris Causa) by RMIT University, for services to Architecture. Only one such honour each year is awarded by RMIT across the total alumni.

More about Shaynna:
Shaynna is an Award-Winning Interior Designer who has created stunning interiors in residential homes and commercial spaces for over twenty years. Armed with a vast portfolio of work in various fields of design, Shaynna is also a successful commissioned artist. Shaynna transforms commercial, private and retail premises from the most modest budgets to million dollar projects via her successful Interior Design business, ‘blankcanvas INTERIORS’. Shaynna recently took home the award for Favourite Personality – Female at the 12th Astra Awards and following the huge success of Shaynna’s debut book in 2013 ‘Design Your Home’, Penguin Australia has commissioned a second book which is set for release in early 2015.

And now, details on how to enter. Each step must be completed in order to be eligible.

- Comment below on why you'd like to win a double pass AND email me at josiegags@optusnet.com.au so I can contact you in case you are a winner (so many people forget this step and don't enter a valid email address below, and I spend lots of time trying to track you down, or simply give the prize to the next person - not fun for anyone!)

(If you find it hard to comment below because your device won't let you - sometimes that happens! - simply send me your entry via email at josiegags@optusnet.com.au)

*Competition open to Australian residents only. Winners will be drawn several days before the events. Good luck!